Instituto won, went undefeated and clung on to the First National fight 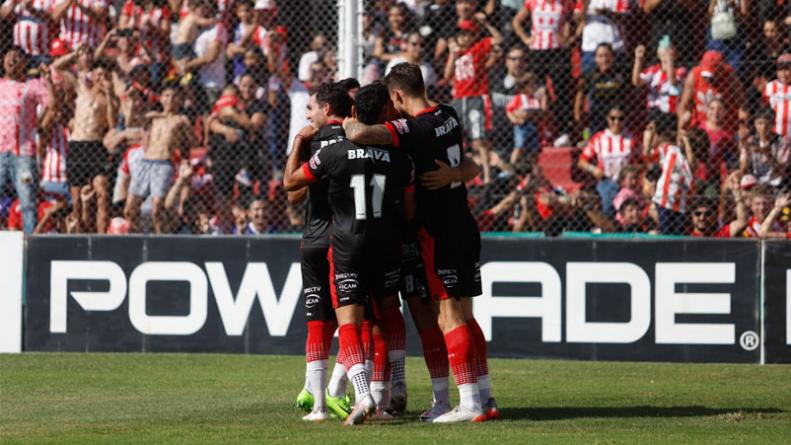 La Gloria won 1-0 against Sacachispas in a controversial game in Alta Córdoba. Gabriel Graciani, from the penalty spot, scored the only goal that put Lucas Bovaglio’s side as escort, two points behind leaders Belgrano.

Alta Córdoba celebrates: The Institute beats Sacachispas 1-0 in the Monumental and is excited to fight atop the First National. In a controversial match, with two questionable refereeing decisions against the visitor, La Gloria was able to maintain their unbeaten record and moved into second place, two points behind Belgrano. Gabriel Graciani scored the only goal of the match with an exquisite definition of the penalty spot.

The first time was friction and locked, one of those where the strong leg abounds, the argument in midfield and where scoring opportunities and associated plays are rare.

But when the first stage died, it appeared one of the polemics of the afternoon: after a corner taken by Ramiro Arias, the referee Sebastián Martínez sanctioned penal for Institute for a non-existent hand of a defender of Sacachispas. The person responsible for translating the maximum sentence into the goal was Graciani, who with an exquisite touch left goalkeeper César Atamañuk without a chance. 1 to 0 and delirium in Alta Córdoba.

The complementarity was far from starting calmly: at the minute of play, Peter Martinez Grance has been expelled for an attack on Santiago Rodríguez, in what was a somewhat exaggerated decision by the match judge.

From then on, the party process was for Institute which affirmed itself the two more men and managed the pace of football. He could have increased the score thanks to Diego Becker, who hit the crossbar with a shot, but failed to add weight to the score. La Gloria won, remains undefeated, placed second and puts pressure on leader Belgrano.

Former US President Donald Trump knew his...
Previous articleMario Kempes returned to Bell Ville after 44 years and recreated the ’78 trailer
Next articleThe gesture of Lionel Messi with two Cordovans who went to greet him at home