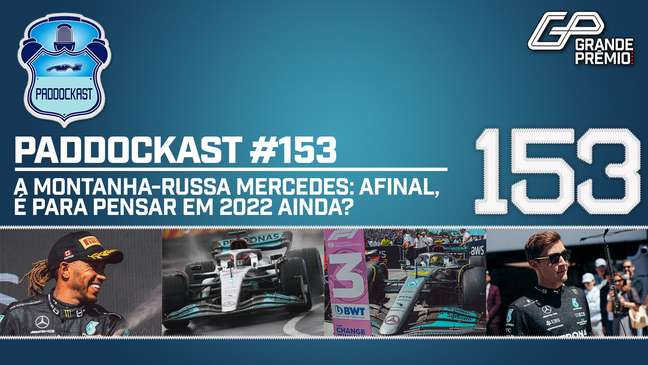 Mercedes is a difficult topic to decipher in the 2022 Formula 1 season. Despite the very smooth and linear results, the team’s performance is a roller coaster. After a worthy Canadian GP, ​​should the team really continue to invest in W13? What can you expect from Mercedes this year and next? It’s the theme of the week in Paddockast # 153

Mercedes is one of the big problems of the 2022 Formula 1 season. Suffering heavily from porpoises since preseason, the team believes they have got rid of the problem. And along with that, it’s getting interesting results. In Canada, for example, Lewis Hamilton arrived with the desire to get rid of the W13 soon and left much more excited. After all, is the team right to insist on the project that has already taken them out of the title fight? It’s all in the Formula 1 podcast of GREAT PRIZE.

The attraction has a presentation by Gabriel Curty and commentary by Felipe Leite and Luana Marino. The program is produced by Pedro Prado and Central 3, led by Leandro Iamin and Gil Luiz Mendes.

Check out the YouTube channel of the Grand Prix! .