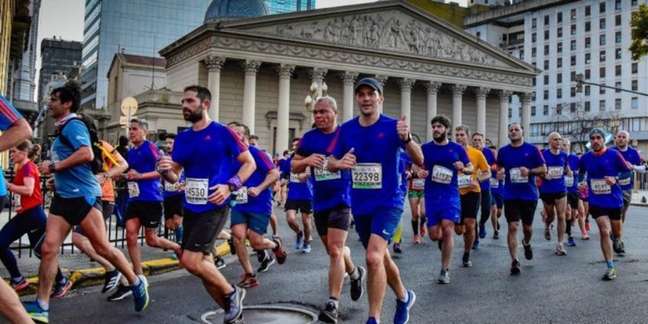 The race, in August, will rank the runners for the World Half Marathon Championships in China

The Buenos Aires Half Marathon, on August 21, will be valid for the South American Half Marathon Championship, which will qualify for the World Championship, in Yangzhou, China. This competition was supposed to take place on March 27, but World Athletics and the World Organizing Committee have decided, due to the health measures of the Covid-19 pandemic, to move it to November 13, 2022. Pre-registration ends this Thursday (23) and each federation national team will be able to register up to six athletes in men’s and women’s competitions.

This will be the third time that the Buenos Aires Half Marathon will host the South American distance. The first time in 2002 and the second in 2011, when the winners were the Brazilians Marílson Gomes dos Santos and Adriana Aparecida da Silva.

21 km from Buenos Aires it is the fastest half marathon in Latin America and one of the most popular on the continent, with over 20,000 participants in its editions between 2015 and 2019, also bringing together world-class athletes.

In the 2018 race, for example, the Ethiopian Mosinet Geremew, current runner-up in the world of the marathon, became the first to run the distance in less than 1 hour on American soil.

In 2019 the top five also completed the course under 1 hour, led by Kenyan Bedan Karoki, who, with a time of 59’05 seconds, is the race record holder.

Among the participants also the Kenyan Lawrence Cherono, third place in the 21km of Buenos Aires in 2018, winner of the Boston and Chicago marathons also in 2018 and fourth place at the Tokyo Olympics, and the Ethiopian Seifu Tura, another of the great characters of the long-distance racing news. In 2017, Argentina’s Florencia Borelli achieved a sensational victory, beating the “African legion”, led by Kenyan Angela Tanui, currently number 2 in the world marathon rankings.

The 21km Buenos Aires run is also a warm-up for the Buenos Aires International Marathon, which this year will return to its usual month, in September. The 2022 edition will be on September 18th. (Yuri Totti)