Despite the win, Diniz regrets the score and comments on Luiz Henrique’s farewell: ‘Difficult substitution’ 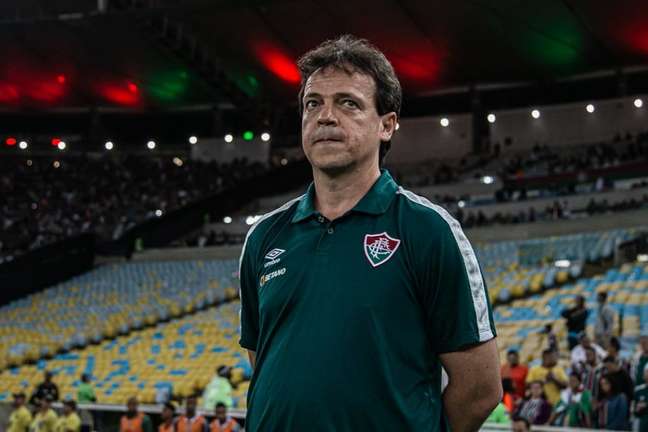 The Fluminense coach regretted the score, commented on the replacement of Luiz Henrique and justified the absence of Nathan; club beat Cruzeiro, for the Copa do Brasil

or Fluluminense took the lead in the first match of the Copa do Brasil round of 16 on Thursday. At Maracanã, the Tricolore beat Cruzeiro 2-1, with goals from Manoel and Cano. After the match, Diniz commented on Cano’s canceled goal in the first half and analyzed the 90 minutes. He also talked about the replacement of Luiz Henriquewho played his last match at Maracana, and the absence of Nathan in the squad.

– The VAR error is what worries me the most. It has the technology. I haven’t followed him yet [o lance], but if they’re wrong with the technology, that’s a lot to regret. But other than that, I don’t think the players felt that on the pitch.

Diniz analyzed the two phases and stated that Fluminense were superior in the game. The coach also recalled the match against América-MG, in which the team also had one more player, but failed to win.

– We continued with a very large volume, offensive production and also with the possibility of counterattack. The first half was excellent, we had the superiority even when they were 10 against 10. With one player it’s difficult for everyone, but unlike what happened against América-MG, the team had already trained a little more. The experience in Belo Horizonte provided the repertoire to score the winning goal. What is negative is the score, which could have been more elastic to translate the game.

The tricolor coach projected the departure of Luiz Henrique and praised the characteristics and quality of the Moleque de Xerém. According to Diniz, the absence of jersey 21 can change the way the team plays.

– He’s a very different player. I believe that, if he is not the best striker in Brazilian football, in these two months that we have been working together, he is certainly among the best. He scored goals, provided assistance … he is a very difficult substitute. Outdoor teams are looking for a player like Luiz Henrique. We have to find a way to replace, if not a player with the same characteristics and the same quality, it may be necessary to adapt and change the way we play a little. Even more supportive, with more approximation, but we work to not feel the absence of Luiz.

Finally, Diniz justified having removed Nathan from the relationship for the duel. He stressed the importance of the midfielder, but said the team is balanced and has strong competition.

– Speaking of Nathan’s absence, I brought into play who I thought I had to bring. He is a great player that I have tried to bring to other clubs. The cast is very balanced, there are a lot of good people. That doesn’t mean he can’t be in the lead again. The player who is playing and the player who is cut have the same level.

Fluminense is back on the pitch this Sunday, in a classic against Botafogo, at 19, at Nilton Santos Stadium. The match will be valid for the 14th round of Brasileirão.

Previous articleBolsonaro sanctions law that sets fuel cap for ICMS, but vetoes rule in favor of states
Next articlePezzolano lets himself be ’embittered’ by the defeat against Fluminense, but sees an open result for the return match