The project brings taekwondo to the outskirts of Recife 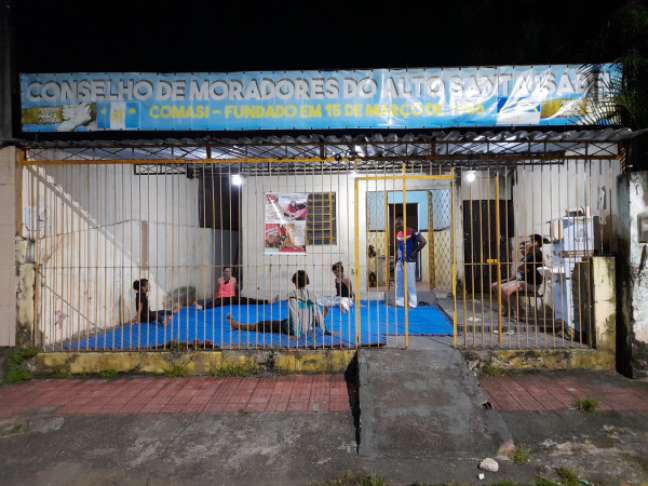 ‘Martial Arts – Rescue Lives’ is the project that lives up to its name in the community of Alto Santa Isabel, on the northern outskirts of Recife

Taekwondo is a martial art that originates in South Korea, and is a combat sport without weapons, which uses self-defense techniques, using the hands and fists, as well as flying kicks, dodging and cross-strokes with hands, arms. or feet. The goal is the destruction of the opponent. A quick search was enough and it was already possible to find numerous definitions, concepts and explanations about this sport.

Cristiano Isídio da Silva, Mestre Cristiano, adds to the definition that taekwondo is also “personal and social transformation”. I went through a brilliant phase as a child, even without a lot of resources and investments, “he says.

In 2006 he finished second in the North-Northeast competition. In 2007 and 2008 he won the Brazilian championship twice, in the junior color category, up to 58 kg. In 2012 he was champion of the Pernambuco championship, and of the Natal Open. Among the numerous other successes in competitions at the state and national level.

Resident of Alto Santa Isabel, a peripheral area of ​​the northern area of ​​Recife. Cristiano himself initiated his contact with sport through programs such as Escola Aberta – an initiative that supports the opening, on weekends, of public schools of basic education located in areas of social vulnerability, promoting sporting, pedagogical and cultural activities. for the whole community.

Another action of great importance in its trajectory was the social project Garimpando Champions, an initiative that operates in the community of Alto Santa Isabel, with the same aim, of making sporting an act of social transformation, for about 22 years.

It was by seeking qualification in this and other sports that the Master realized his talent, in addition to practicing, the love for taekwondo also revealed the talent to teach, to infect other people.

And following the example of his Grand Masters, Marcos José, Israel Paiva and other different inspirations, Mestre Cristiano started a new purpose, offering his time and knowledge, to initiate other children to the philosophy and practice of taekwondo. By joining forces with many other social projects, with the aim, not only of “occupying” the dead time of children living in the suburbs, and with that of minimizing contact with the “dangers” that surround these localities, but to promote dignity and citizenship for them, for their families and for society as a whole.

In 2019 the Martial Arts – Resgatando Vidas project was born, with the aim of developing taekwondo as a philosophy, martial art and sport, bringing health, well-being and self-esteem into the daily life of our students. “To train champions, not only in sport, but above all in life”, says Cristiano.

The founder determined for the project the vision of “to be a group recognized throughout Brazil for excellence in the development of taekwondo for children, adolescents and young people, and outstanding in the training of high performance athletes”, following values ​​such as ” Respect for the martial art tradition, ethics, responsibility, innovation and professionalism in carrying out the work. Passion, emotion and warrior spirit to face challenges “, he underlines.

About 41 people participate in the practical and theoretical lessons, promoted by Martial Arts – Resgatando Vidas, a mixed team of children, adolescents, young people and low-income adults, residents of the communities of the Casa Amarela neighborhood, in particular Alto Santa Isabel, where the lessons are held, which are free. A requirement is that all school-age children are enrolled in and regularly attend school.

Manager Palloma Oliveira took her 9-year-old niece Maria Isabel to take an experimental course and she ended up being infected with the energy of the class, “My niece is in third class and I is in second! And we’re enjoying it. more every day, “he says.

Student Gabriel de Lima has been practicing taekwondo since he was very young, participating in another social project. Today at 22 she has been back in training for about 8 months. For Gabriel, sport is also a reason for transformation: “I go back to training and it helps me both in physical conditioning and in the problems of self-control, self-confidence, anxiety and depression and the most important thing was to get me out of the underground world of drugs, to me that was the essence, I don’t see my life without taekwondo, without martial arts, without sports in reality, ”he reveals.

Student Raquel Midiam, 17, also stressed the emotional improvement as one of the advantages of this sport: “I’ve been doing taekwondo since I was nine and it makes a big difference in my life, the training is great, you don’t become sedentary and I feel calmer, it helps me both physically and psychologically, ”he says.

Numerous studies point to the benefits of exercise in improving mental health. The Martial Arts project – Rescue Lives, has the voluntary support of the psychologist Jéssica Nascimento. Her first contact with the project was as a student, as Jessica is also passionate about the sport.

Observing requests from other students and competitors, Jessica developed and presented the proposal to provide psychological support. “The focus of my work is to promote the mental well-being of all team members, carrying out interventions that involve motivation, sports performance, emotional balance, self-control, self-confidence and competitiveness. In addition to providing psychological assistance in times of possible emotional crisis for team members, ”she concludes.

The Warrior Fight Taekwondo team, of which Mestre Cristiano is a part, is affiliated to the Confederation Brazilian Taekwondo and the Pernambuco Taekwondo Federation, however the project has no support from the Government or private entities, all investments are the result of work and the collective effort of Mestre Cristiano, the volunteer instructors Vinicius Paz, Raquel Midiam, Alexandre Oliveira, the parents of the students who believe in the purpose of the project. From the student and psychologist, Jéssica Nascimento, and from the entire community through donations.

At the moment, the project operates in a single classroom, with regular classes three times a week, at the Council of Residents of Alto Santa Isabel, in the neighborhood of Casa Amarela, north of Recife.

Previous articleAlpine defends FIA in measures against rebounds, but fears ‘competitive advantages’
Next article# 57: “Pray and Obey” and seven more portrayed in films and series