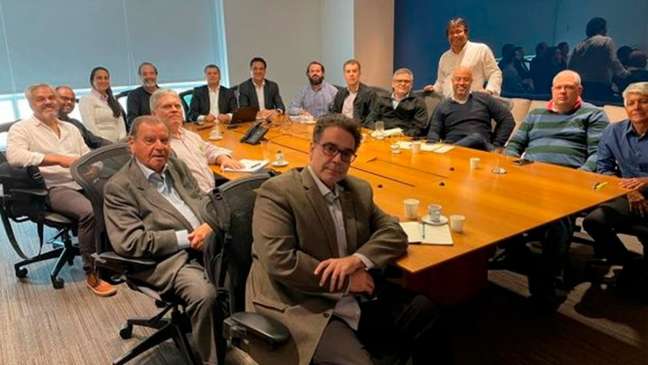 After signing the contracts with 777, Cruz-Maltino still has three rites ahead of him to complete the sale: Analysis of the proposal and votes of the Deliberative Council and partners

The wait around the Sociedade Anônima do Futebol (SAF) continues in Vasco, which has signed contracts with 777 Partners and is approaching the decisive rituals for the finalization of the agreement. For this the club will have to speed up the processes to take advantage of the next transfer window, which will start on 18 July and will last until 15 August.

On Monday, a contract was signed with the North American company for the purchase of 70% of the club’s Sociedade Anônima do Futebol shares (R $ 700 million). Consequently, the first meeting of the deliberative board was held at the KPMG headquarters to analyze the 777 Partners proposal.

With approval, the proposal will be voted on by the Deliberative Council, and soon afterwards the partners will go to the polls in an Extraordinary General Assembly (AGE) to decide whether the agreement will be signed. Even if the CD is not approved, the decision will be made by the AGE, but it is worth remembering that the dates of both rites have not yet been agreed.

The Giant of the Hill, however, runs against time so that the North American company can act effectively in the showcase and reinforce the team, which is having a good time. Therefore, the month of July will be decisive for the relationship between 777 Partners and Vasco da Gama.

Although the deal is not finalized, the company is cautiously following the rites closely. She will not announce reinforcements until then and was not involved in hiring the new manager (Maurício Souza). Despite this, 777 has been monitoring the market names so that they can strengthen Vasco.

They recently hired Don Dransfield, who will be in charge of the entire project, keeping an eye on the clubs that belong to the group. The professional has headed the City group as head of strategy for 12 years and has experience in the market.

The arrival of the 777s will come at a time when the team has achieved great results in Serie B. Undefeated, Cruz-Maltino has 30 points, behind only Cruzeiro in the standings and with a distance of 9 points from Sport, currently fifth.

Previous articleBenja questions Gabigol’s position at Flamengo: “He is the most arrogant player I’ve ever met”
Next article‘Piles of bodies’: 46 dead migrants found in trucks in Texas