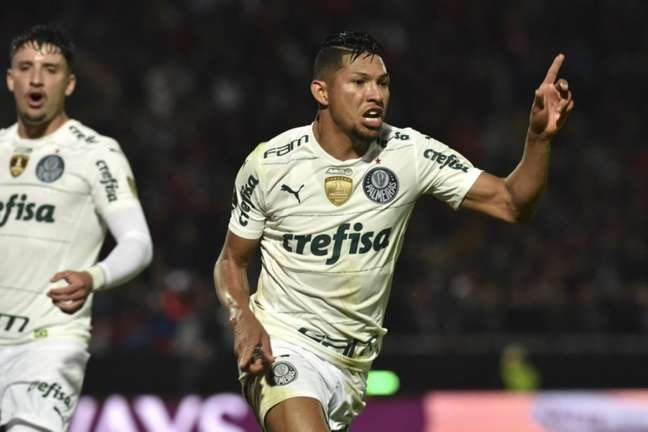 Maglia 10 scored a brace in the 3-0 victory over Cerro Porteño and now counts 16 goals against 14 from Raphael Veiga, with whom he shared the club’s historic artillery

Palmeiras beat Cerro Porteño 3-0 on Wednesday and opened a big lead in the first knockout round of the Copa Libertadores. However, Assunção’s night was special for Rony, who was once again the top scorer in Verdão’s history in continental competitions. Now jersey 10 is leading with 16 goals.

Voted man of the match by the official Liberta broadcast, Rony scored his two goals in the second half. One on a cross from Scarpa, and another in a nice collective game that receives a pass from Dudu. The latter was canceled by the referee on the field, but validated after checking the VAR, opening 2 to 0 in the score in favor of Alviverde.

Rony and Veiga took the field tied with 14 goals each in the history of Palmeiras in Libertadores, leading the table in a divided manner. Now, with two goals from the 10 shirt, Rony is in the lead, with 16 goals, recovering this position that he had already conquered before being reached in the 23 shirt in the last few games.

A curiosity besides Palmeiras is that Rony now equals Pele’s number of goals in continental competition. The king of football also scored 16 goals in his participation. Something that ended up being a joke among fans on social media.

Learn about the history of the Palmeiras artillery in Libertadores: