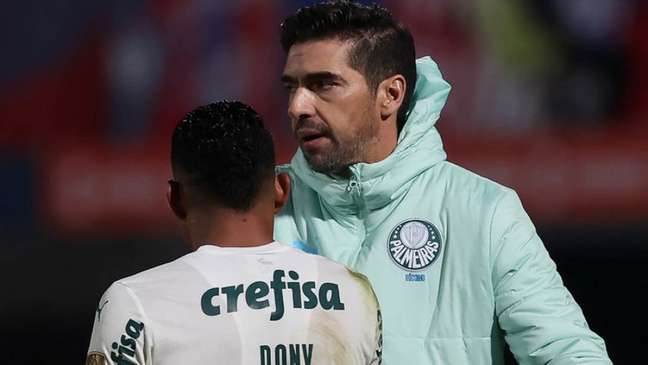 However, the Portuguese coach defended Rony and said he admired all the players in the squad

At a press conference after the beautiful victory of Palmeiras for 3 to 0 on Cerro Porteño, for the second round of the Libertadores, coach Abel Ferreira took the opportunity to make some special requests to the public. According to him, “those who criticize the club do not run in their veins as it is to be with Palmeiras”.

– What I ask is to believe in our players, even when the manager makes a mistake or plays poorly. This is being a true fan, this is being Palmeiras, this is belonging to the Palmeiras family. Those who criticize do not run through their veins as it is to be from Palmeiras. Those who criticize do not know what it means to be from Palmeiras. When we criticize our club or our players, we criticize everything that is here. I am here and I have always told everyone that, within the Academy, I give my word, everyone works to give their best. But we are not perfect. We will still make many mistakes and we will make many mistakes, but we will also give as many joys as we are giving. To those who only support us in victories or only criticize us, I leave what Lewis Hamilton, Formula 1 driver said: it is necessary to change mentality – he vented.

Rony and Veiga took the field tied with 14 goals each in the history of Palmeiras in Libertadores, leading the table in a divided manner. Now, with two goals from the 10 shirt, Rony is in the lead, with 16 goals, recovering this position that he had already conquered before being reached in the 23 shirt in the last few games.

A curiosity besides Palmeiras is that Rony now equals Pele’s number of goals in continental competition. The king of football also scored 16 goals in his participation. Something that ended up being a joke among fans on social media.

After being briefed on the athlete’s numbers, Abel Ferreira pressed the same button and defended his player. The Portuguese concluded by saying that individual merits appear in a good collective and that, for him, some criticisms are unfair.

– Our players are serious people, they are people of character. Ron has it, he has what I like in a player. I have great admiration and gratitude for all of our players. That’s why it costs me so much to criticize them. When our neighbors speak ill of us, that’s okay, we already know how it works. But ours? From our family? I can not accept. Who is not wrong in life? Who is perfect in your job? I don’t know anyone who is like that. Players don’t play with their hands, they play with their feet and head. So I’m really happy for Ron, because you know what he does when he scores? He thanks all his comrades. This is a team, this is a cast. We win when we become a team. The rest is a consequence – he concluded.

Cologne received the Schalkethis Sunday, and came...
Previous articleICMS on fuels: the AGU asks 30 days to comment on the states’ proposal
Next articleFortaleza announces the hiring of Thiago Galhardo