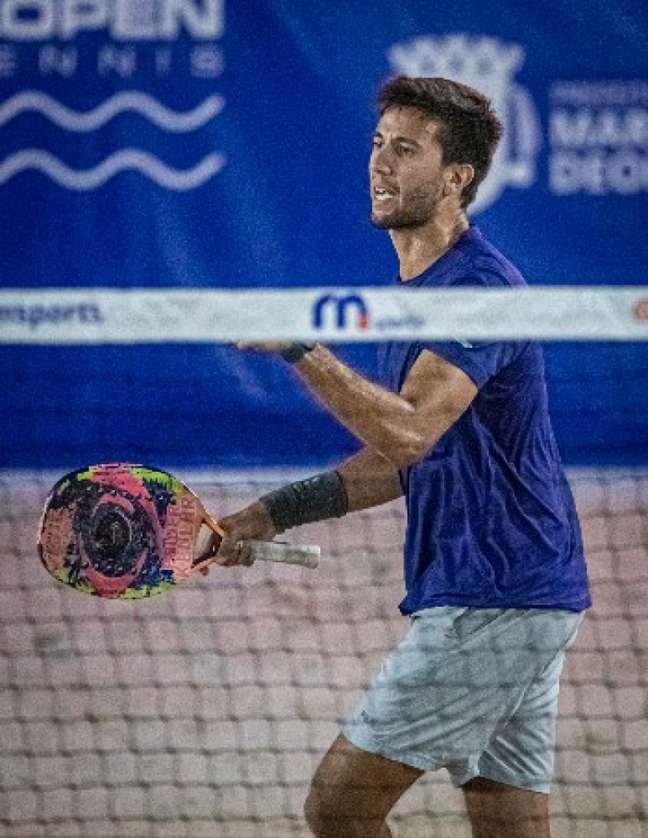 The Brazilians compete in the women’s semifinals

Friday was a special day at the Macena Open, a tournament with a world record of athletes in the events of the International Tennis Federation and the Brazilian Tennis Confederation.

The double round gave historic matches with the Brazilians to shine and raise the cauldron with two thousand people on the central court set up in Praia do Frances, in Marechal Deodoro (AL). The event is a BT 400, one of the most important on the world circuit, with a total prize pool of US $ 40 thousand and the presence of 1,680 athletes.

In the last match of the day, André Baran, sixth in the world and number 1 in the country, and the Italian Tomaso Giovannini, 7th and current world champion, beat the couple of Vinicius Font, former number 1 and four-time champion of the world for Brazil, and the Italian Marco Garavini, multiple world champion, 2/6 6/4 11/9. Baran and Giovannini were down 6/2 3/0 but opted for an unlikely match. They also saved a match-point under 9-8 with a nice return lob that surprised the two opponents. At the end of the match, Baran knelt on the pitch and cheered along with his partner. The game, in addition to the high level in all points of the tie-break of the game, broke the record of spectators in the broadcast of the Play BT channel on Youtube.

At the end of the game the players were excited, winners and losers talked together on the pitch and both Baran and Vini thanked each other. For years they have formed a winning Brazilian duo, but since the beginning of the year they are no longer together: “Playing in this cauldron inside is priceless, thanks to you who make our sport go further and further. I wanted to emphasize what this boy (Vini Font ) represents for me, if there is anyone I learned a lot from this guy, when no one else at Beach Tennis watched him videos, we had so many positive things together and we will do it again, we are partners, he made a wonderful story in sport and that it will remain for the next generation and that is our goal, to grow the sport more and more, ”said Baran.

“It was an incredible match, very emotional one played in Brazil with Baran, one of the most important players in the country against Font and Garavini, probably the greatest in the world. It was one of the most incredible tie-breaks in history. a lot of courage from everyone. Tomorrow another day, another match, but today I am very happy “, said Giovannini.

Vini Font added: “It’s a victory for Beach Tennis, I see that here Giovannini speaks Portuguese is the best thing because in the past we made do abroad and now they speak Portuguese, which shows the growth of this sport”.

Baran and Giovannini face in the semifinals the duo formed by the French Theo Irigaray and the Italian Doriano Beccaccioli who turned against the Brazilians João Wiesinger and Daniel Schmitt for 4/6 7/6 (7/5) 10/8.

“We knew it could be a close match because we know our opponents, they have great serve and a good emotional balance in not giving up. We knew we needed a fight. It was fantastic. Playing in that atmosphere with the Brazilians cheering. for I liked that atmosphere, that’s why we played well, I think, “said Beccaccioli.

Previously, Santos Allan Oliveira, ninth, and Thales Santos, 10th, defeated top-seeded 1, Italian Mattia Spoto, 3rd, and Frenchman Nicolas Gianotti, 5th, for 7/5 3/6 10 / 6 in a match that also established the center of the pitch in focus. Gianotti and Spoto finished off the title last week in Recife (PE) and together they have won six titles this season.

We knew it was going to be a very difficult match, we played a great match in the morning in the round of 16 (they beat Leo Branco and Daniel Mola for 6/3 6/2), so we arrived super motivated, confident, we tried to concentrate about what we had to do. The game was very tense for the four of us, we managed to close the first set, we won in the super tie-break, the audience helped a lot and we are super happy “, said Thales.

“It’s always nice for us as a couple to beat Spoto and Gianotti, one of the best teams in the world. We left this game super confident, there were two great wins, it means a lot to us, but tomorrow we need a lot of concentration for the semifinal. “, Oliveira followed:” Now is the time to calm down, lower the adrenaline, eat well, try to sleep early because there is so much more tomorrow, “added Thales.

The duo will look for a place in the final this Saturday against the number 1 duo in the world, formed by the Spanish Antomi Ramos, and the Italian Diego Bollettinari, 12th, who overtook the Brazilians Gustavo Russo and Gabriel Santos by 6/2 7/5 .

Brazil fighting for a place in the women’s final

In women, the Italian duo formed by Sofia Cimatti and Nicole Nobile, the main favorites, won 6/0 6/1 over the Italians Giulia Trippa and Veronica Visani and duels against Vitória Marchezini and Marcela Vita of Paraná for a place in the final. This is the 13th consecutive victory of the duo that comes from the title in Brasilia and Recife.

“We played a good game, with a lot of concentration, we are very happy with this place in the semifinals,” said Cimatti: “I didn’t know we had this record of 13 wins, but in the last one we trained a lot after Brasilia to improve and evolve our game and tomorrow we will go on with everything “.

“We played against Vitória and Vita last week, but Vita had problems. We have to stay focused to look for this win,” said Sofia.

Vitória and Vita scored 6/3 6/0 over Flavia Muniz from Rio de Janeiro and Marília Camara from Ceará, last year’s champion. Marcela, from Curitiba (PR), is recovering from an injury she contracted last week and said she is fine: “I am very happy to participate in this tournament, I had a big contracture in my calf, but it is healing and everything is ok. “, She said. Vitória added: “We knew it was going to be a difficult match, I’m very happy and tomorrow we will give our all against the Italians.”

Rafaella Miiller, number 4 in the world, and Patricia Diaz, Venezuelan, sixth, scored 7/5 6/0 on Julia Nogueira and Lorena Melo. They won the first set with a break, but they almost let it go: “We opened an advantage, but they managed to equalize, but it was important to win the first set. In the second they made a few more mistakes and we opened an advantage “. They face the current champion of the tournament, Sophia Chow of San Paolo, 13a, and the Italian Flaminia Daina, 7a, who overtook Joana Cortez and the Italian Veronica Casadei for 6/1 6/4.

Saturday will have a schedule starting at 10:30 and will be the final day of the main event with semi and finals broadcast on Sportv 3 (a women’s and men’s semifinal from 12:50 and the two finals from 17:50). The event was broadcast in full from the midfield on the Play BT channel on Youtube.

Saturday will be the first round of professional mixed doubles with the first round and will end on Sunday with the presence of Joana Cortez, Vinicius Font, Flaminia Daina, Antomi Ramos, among other greats.