Who will challenge Bayern? What is Tedesco capable of? What star is raised in place of Holland? What bookmakers think of the Bundesliga 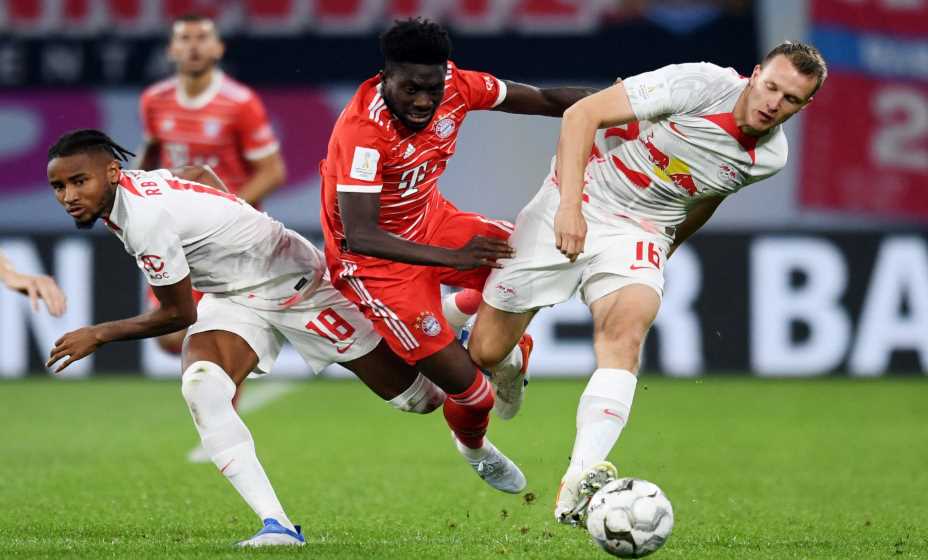 Instead of Haaland – a guy from Bayer, and Lunev and Azmun will fight for the Champions League

German football is back from summer vacation. The match “Eintracht” – “Bayern” will start the next race for the Bundesliga title. True, already without the main stars of last season – Lewandowski and Holland. Although there are a lot of intrigues in Germany even without them. Who will lift the championship “plaque” above their head? Who will be the top scorer?

The bookmakers have given their predictions, and KP Sport is talking about it.

Will Bayern fail without Lewandowski?

The main German car was left without the main Polish scorer. Bayern have always let Robert Lewandowski go to Barcelona and will be campaigning for the 11th consecutive Bundesliga title without him. However, even without Levan Golsky, Munich have every chance of succeeding. The strongest team in Germany and, by the way, the most expensive – 870 million euros in total are Bayern players, including top newcomers Sadio Mane and Matthijs de Ligt.

The bookmakers absolutely do not believe in the opposition of the wards of Nagelsmann. For the victory of Bayern next season, experts give a coefficient of 1.2, which, translated from the bookmaker into human language, means 83% of the fact that Bayern will win the next title. It’s a rout before the start of the tournament! Munich’s closest pursuer is Borussia Dortmund. And she got odds of 7.00. It is only 14% of the probable championship.

Who will be the new young star after Haaland?

Bundesliga team Borussia Dortmund, second in all races, also with losses. The Bumblebees were left without Norwegian wonderkid Erling Haaland, who has always made the race for top scorer at least somewhat meaningful. Now the fight for the Golden Boot will escalate to the limit. It’s just that its main leaders are gone.

The main contender for Germany’s highest scoring guy is Bayer’s Patrick Schick. The bookmakers give odds of 8.00 on his victory in the goalscorers race. The closest pursuer is Christopher Nkunku of RB Leipzig. And the bookmakers valued it at odds of 10.00.

Closes the top three of the top scorers, newcomer Bayern Sadio Mane with a coefficient of 12.00.

Can Domenico Tedesco and his Leipzig qualify for the Champions League?

Leipzig is also a visible competitor to Bayern. True, the wards of Domenico Tedesco have already lost the first head-to-head game – they flew into the Super Bowl 3:5. This season may be different. But the bookmakers do not believe in Leipzig’s stubborn fight for gold. The odds of the Red Bulls winning the championship are 20.00.

But they believe in bringing Leipzig into the Champions League zone, and are even giving every chance. Let’s bet that Domenico Tedesco and his wards will enter the top four with a coefficient of 1.27.

Bayer will fight for the Champions League with Leipzig, but with higher numbers – 2.00. Eintracht and Borussia Mönchengladbach are also in the running for the four. Both clubs have odds of 4.20.

Will Hertha Sandro Schwartz be relegated to the second division?

A good friend of Dynamo Moscow Sandro Schwartz is preparing for the German comeback. Now, Schwartz is in charge of Hertha, who are among the Bundesliga underdogs. At least that’s what the bookmakers think. True, there is no Hertha in the main foreigners. There is Bochum and Augsburg. You can bet on the departure of these teams with a coefficient of 2.60.

Hertha are the second tier of relegation contenders. The bookmakers highly value the chances of Schwartz and company to be among the season’s losers. And they give a coefficient of 3.55 for that. By the way, Werder Bremen, Stuttgart and Schalke have the same number.

In what position will Bayer Lunev and Azmun stop?

Andrey Lunev and Serdar Azmun in Liverkusen will fight for the top spots in the German championship. At least that’s what the bookmakers think. And if Lunev is more likely the team’s second keeper, then Azmun can seriously count on a place in the starting XI.

Bayer are one of the main contenders for the top 4 in the Bundesliga. And if everything is clear with the first place (yes, and with the second), according to the bookmakers, then a struggle will unfold for a place in the top three. Leipzig received odds of 1.27 for predicting their entry into the top four. Immediately after them in the quotes is Bayer with odds of 2.00. In other words, Bayer will fight for the top four and the Champions League entry next season.

The world champion of jiu-jitsu Leandro Pereira...
Previous articleAlesi criticizes the “negativity” of Ferrari fans in 2022: “It doesn’t bring anything good”
Next articleThe drivers complain about Belgium’s risk of leaving the F1 calendar: “It’s all about the money”