Alesi criticizes the “negativity” of Ferrari fans in 2022: “It doesn’t bring anything good” 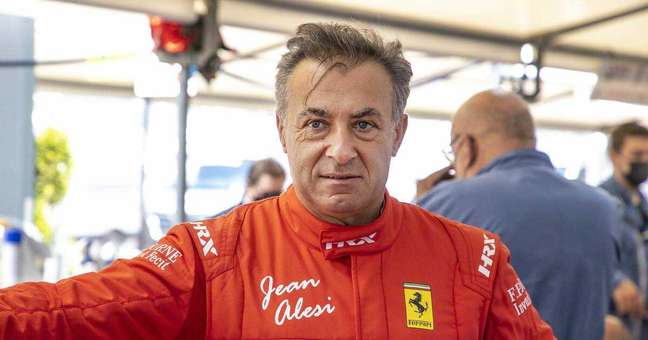 Ferrari driver for five seasons, Jean Alesi believes that the criticism of the team’s fans of the season is not needed to get out of the difficult situation of 2022

Jean Alesi is not very happy with the criticisms made by Ferrari fans. In an interview with Corriere della Sera this Friday (5), the Frenchman believes that the negativity of the fans will not help anything to improve the moment of the Italian team.

Member of the Italian team from 1991 to 1995, the former Formula 1 driver believes that typhus he must not put pressure on Ferrari even in this difficult moment of the 2022 season. “It is a year that seems to be on a roller coaster and with this the emotions and reactions stand out. Going against Ferrari is not good for anyone and adds nothing. to the team. ” , Alesi said.

Jean was questioned above all for Charles Leclerc’s misfortune in Hungary. The Monegasque had all the credentials to win, but a pit stop of hard tires slowed his pace, dropping to sixth place. He tried to put himself in the fans’ shoes and analyzed the scenario created by Ferrari in the last race before the break in the series.

“Dreaming of a victory turns a defeat into a sports drama, with a passion similar to football fans. I suffer even thinking about Hungary, there were mistakes even before the strategy. We could analyze the match to try to understand how and why, but now it is not necessary, “he analyzed.

Alesi also believes that public sentiment hinders Ferrari’s sequence in the season. “Every outburst is made of strong feelings. Negativity does not bring anything good, ever. I love the team because those who work here are the first to suffer for every mistake that leads to defeat,” he concluded.

The Italians have won four of the 13 stages of the season, while Red Bull has triumphed in nine. The chances of a title in both the Drivers ‘and Constructors’ World Championships are becoming increasingly difficult. Ferrari are 97 points behind Toro in the team championship, while Max Verstappen leads with 80 points over Leclerc.

Cologne received the Schalkethis Sunday, and came...
Previous articleCompanies that embrace diversity go further
Next articleWho will challenge Bayern? What is Tedesco capable of? What star is raised in place of Holland? What bookmakers think of the Bundesliga