The drivers complain about Belgium’s risk of leaving the F1 calendar: “It’s all about the money” 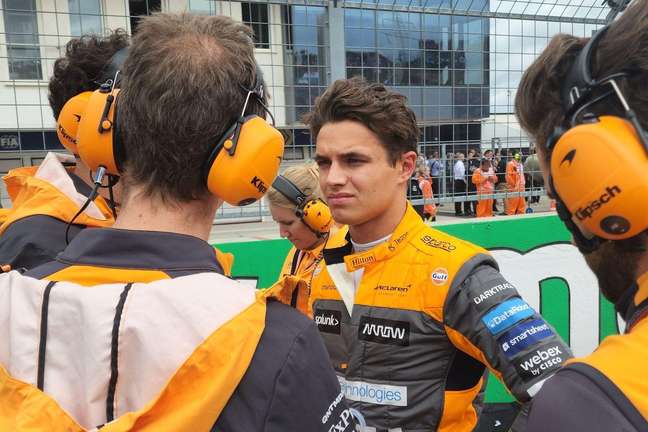 Lando Norris was one of the most emphatic in keeping Belgium on the F1 calendar, largely due to family ties. The British McLaren had the support of other drivers such as Pérez, Vettel and Gasly

Although Formula 1 has not confirmed the calendar for next season, some of the drivers on the grid fear that the Belgian GP, ​​first after the August holidays, will be the last. By August 28, the date of the race, the future of Spa Francochamps may already be known, but the enthusiasm for this year’s race is accompanied by uncertainty.

Lando Norris, when asked which race he would like to have on the calendar between Paul Ricard and Spa Francochamps, was emphatic: “Spa, easy. My mother is Belgian, so I’m 50% Flemish (Dutch-Belgian dialect). She’s so very a home race. Personally, I have a lot more contacts, of course, and I love the track, I grew up in Belgium and spend time there with my family. “

The Spa circuit has undergone several reforms aimed at improving safety after several serious accidents, such as Norris himself in 2021 and, shortly after, the death of Antoine Hubert in 2019. The inconic curves, such as Eau Rouge and Raidillon, have been redesigned , with gravel pits in various points of the circuit.

“I’m excited, many spaces have resurfaced, we have a nice new grandstand at the Raidillon. Spa is one of the most beautiful circuits of the season, I’ll be sad if I leave. These days a lot of things are just about money, it’s business, and this is a problem, “Land said.

The McLaren Englishman has questioned the track choices of Formula 1: while some circuits are untouchable, others with such a strong heritage are not taken into consideration. “It’s a historic race, just like Monaco, Monza, among others. So I feel it should always be on the calendar as long as the category exists.”

Other drivers agree with Norris’ criticisms, such as Sergio Pérez and Sebastian Vettel. The Mexican said it would be “a shame” to miss Spa on the calendar. The four-time world champion has followed the line, stating that it is an “incredible” track to ride. Over the weekend in Hungary, Pierre Gasly hopes that if Belgium really leaves the calendar, it will only be for a short time.

“Personally I don’t think it has anything to do with changes or safety improvements. However, I don’t think Spa will be off the calendar for years. It definitely deserves to be here, it’s my favorite, it’s great to drive. but I think we’ll be there for a few more years. “

Cologne received the Schalkethis Sunday, and came...
Previous articleWho will challenge Bayern? What is Tedesco capable of? What star is raised in place of Holland? What bookmakers think of the Bundesliga
Next articleTime to worry about monkeypox? the experts answer