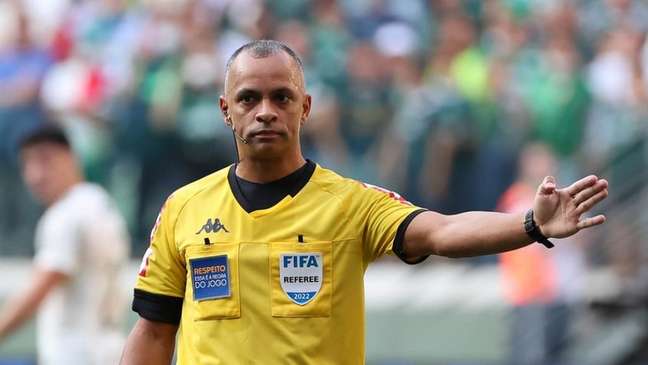 Goiás referee Wilton Pereira Sampaio will be in charge of commanding the duel between Avai and Corinthiansthis Saturday (6), at 7 pm, for the twentieth round of the Brazilian, in the Ressacada. He will be assisted by Bruno Raphael Pires and Bruno Boschilia.

Prestigious within CBF, Wilton has refereed “heavy” games this season, such as the return match between Flamengo and Atlético-MG, in the round of 16 of Copa do Brasil, the goalless draws between Palmeiras and Galo and Verdão and Flamengo, both in Brasileirão, in addition to the classic between Corinthians and São Paulo, valid for the national championship.

The Majestic at the Neo Química Arena, marked by the homophobic chants of the Corinthians fans, in addition to the presence of flags in the stands and an object thrown in the direction of Reinaldo, was not the last Timão match in which the 40-year-old whistled the old professional of the alvinegro circle.

It was at the whistle of arrest in the defeat applied by Fluminense against Vítor Pereira’s team, at Maracanã, for the Brazilian’s fifteenth round. The match represented the biggest defeat suffered by the Portuguese coach at the helm of the Parque São Jorge team.

Against Avaí, he will referee his 34th career match with Timão. The record is Corinthians 15 wins, 12 losses and seven draws.

In his resume, the biggest controversy involving the Goiás professional and the people’s team was in the 2018 Copa do Brasil final. Wilton was the video referee in the return match against Cruzeiro. He advised Wagner do Nascimento Magalhães to consult the monitor to check Pedrinho’s goal, which was disallowed, and Raposa won the title.

Wilton Pereira Sampaio is one of the Brazilian referees chosen by FIFA for this year’s World Cup. In addition to him, Raphael Claus from Sao Paulo will represent Brazil in the main competition for national teams

Cologne received the Schalkethis Sunday, and came...
Previous articleWho is Nathan? Learn about the characteristics of Santos’ reinforcement and what his time in Portugal was like
Next articleBastianini approves “dinosaur tail” on the Ducati bike: “Improved braking”