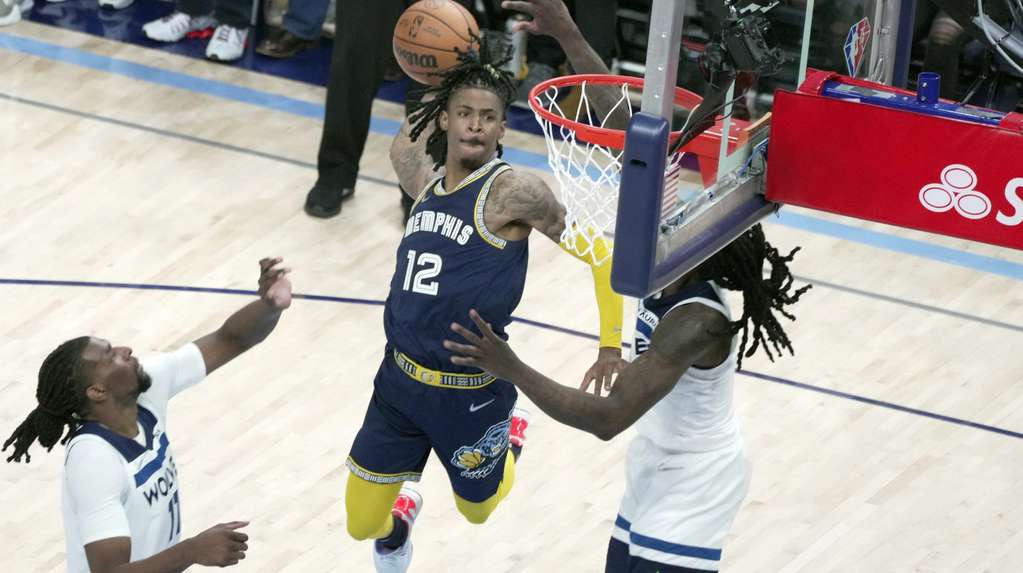 The spectacular point guard was key to giving the Grizzlies the lead in the series against the Timberwolves, with 30 points (including 18 in the fourth quarter), 13 rebounds and 9 assists.

The young NBA sensation is called Ja Morant and it is the figure of memphis grizzlies who yesterday took the series lead 3-2 against the Minnesota Timberwolves, with a fine performance from the 22-year-old point guard, who he was chosen by the NBA as the most advanced in the league.

Along with being the star of his team and leading the Grizzlies’ comeback against the Timberwolves with 30 points, Morant starred in the most spectacular dunk of the season jumping on Malik Beasley, at the end of the third quarter.

With a sensational drive just a second from the end, Ja Morant sealed the Memphis Grizzlies’ 111-109 comeback against the Minnesota Timberwolves, which they let loose a game they controlled and now they’re down 3-2 in this first-round West series.

The South Carolina-born player has been fundamental to his team with some impressive numbers: he converted 30 points (including 18 in the fourth quarter), 13 rebounds and 9 assists.

The visitors led by 13 points ten minutes from the end of the match (79-92) and had the wind in their favor, Karl-Anthony Towns finding no rival in the Memphis defense.

However, the Grizzlies gritted their teeth and went 32-17 without appeal of partial in these last ten minutes to score a crucial victory.

Along with Morant, Desmond Bane (25 points and 4 rebounds) and Brandon Clarke (21 points, 15 rebounds and 3 assists) stood out for the Grizzlies.

The Grizzlies were just 7 of 28 from 3-point range, but prevailed in the rebound battle (53-42) and took advantage of Wolves’ 23 turnovers.

The fifth match of this series between two teams as young as they are talented took place in the same coordinates as the previous ones: a good intensity, many faults, clashes between players of the two teams, brief sequences for one and the other. another, a game that was too fast paced and without any figure taking the helm from start to finish.

But when it looked like Wolves already had victory in their pocket, Morant and his rebellious Grizzlies appeared to win a game that left them one step away from the Western semis.

Previous articleRenault left Russia: what models AvtoVAZ will now produce and what cars will no longer be assembled in our country
Next articleFour planets lined up and together with the Moon they will light up the sky all week