Campazzo and Denver Nuggets, eliminated in the NBA: the possible destinations of Cordouan 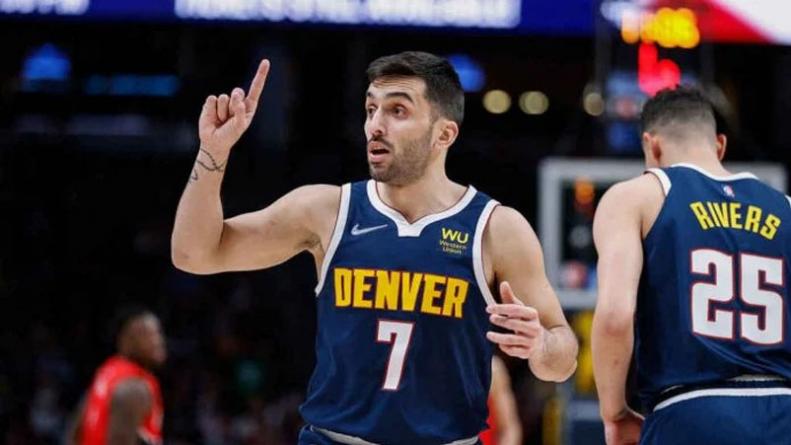 The base who appeared at the Municipal Club ends his contract in June and everything indicates that he will have to look for a new team.

The Denver Nuggets were eliminated by the Golden State Warriors in the first round of the NBA playoffs. After the 4-1 loss in the series, questions about Facundo Campazzo’s future have surfacedwhich ends its relationship with the Colorado entity on June 30, 2022.

“Facu” had an irregular season, in which had almost no participation in the team led by Michael Malone. He played just 11 of 24 games and added an average of 8 minutes on the pitch per game. Similarly, in the series against Golden State, he was not present in the first game or the fourth.

In addition, during the clashes with the Warriors, the Cordobaan gave an interview to NBA Latin America, in which he spoke of his future. “I don’t know what will happen tomorrow. for the next years I want to stay in this league as long as I can. What the physicist and the talent give me,” he clarified.

And he added: “We will see later. Real Madrid has always been like my home, quietly I can come back, if they want me. Now I’m calm, but in two months I might get nervous.”

Taking into account that Campazzo’s contract ends on June 30there are three franchisees who would be interested in the services of the base, since they conducted surveys at the transfer deadline. Los Angeles Lakers, Cleveland Cavaliers and Atlanta Hawks They could be the next team where ‘Facu’ looks for greater continuity.

Previous articleHe posted naked photos and argued with his family: Granddaughter of ex-president of Uzbekistan accuses Russian blogger Amiran Sardarov of domestic violence
Next articleRobert Lewandowski, in the sights of Barcelona: his representative met with the leaders of the club