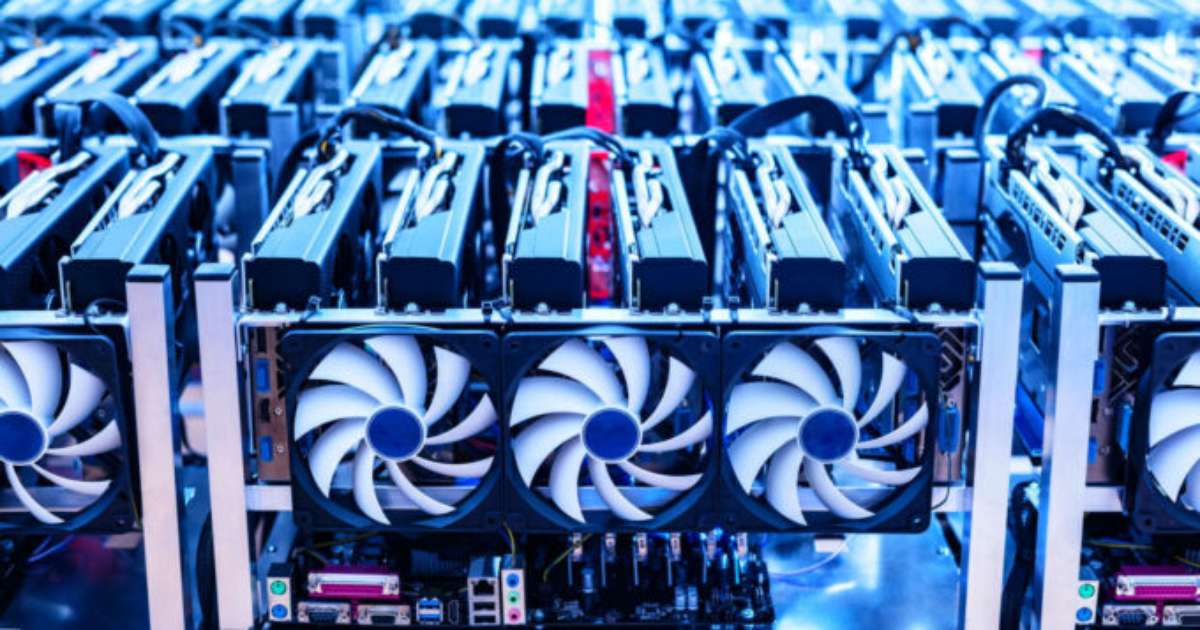 We knew that sooner or later it would happen: the precipitous decline in the value of cryptocurrencies, including Bitcoin and Ethereum, is leaving many miners who, to recover part of the capital invested, are reselling the GPU generally used, very close to exhaustion, for the final consumer.

The increased availability of the number of video cards used on e-commerce sites has been evident for some time, but recently Chinese miners have started streaming auctions of equipment used on their former farms, including dozens and dozens of GPUs.

For some time now the cryptocurrency market has begun to show signs of weakening, mainly due to greater scrutiny by governments trying to regulate it, in which China, another miners’ paradise, today doesn’t even want to hear about Bitcoin. et al. , also because Beijing is about to launch the digital yuan, thus below the competition.

Cyber ​​Café miners and owners in China are among the largest GPU consumers in the world, but they are the first, along with scalpers, the main culprits of the insanity installed in the last decade, in which to acquire a video card for their own use , for a decent price, it became a Herculean task. Even older entry-level, pre-ray tracing and DLSS models sell for far beyond what they’re really worth.

As cryptocurrency miners buy all stock of any GPU available on the market and demand remains high, Nvidia, AMD, and partner producers have been more than happy to drive up their sales prices madly, which their best customers are no doubt continuing to pay. . The end user, private individual or company, would pay BRL 24,000 for an RTX 3090 TI, or more than BRL 3,000 for an absolutely basic RTX 3060.

This, of course, had consequences. A portion of gamer users, those who don’t care about having a NASA PC, have migrated to desktop consoles, while professionals have had to settle for cloud services or embrace gamer laptops, which have their own warnings.

However, since the beginning of 2022, the value of cryptocurrencies, particularly Bitcoin, still the leader, and Ethereum, the most financially profitable to mine, are falling out of control, in which many people have lost interest in generating new virtual coins. As a result, GPU production by these consumers is declining, and ultimately, the average price of cards is returning, albeit slowly, to more civilized rates.

At the same time, both Nvidia and AMD knew what would happen next: the market for used components was completely flooded with GPUs used in mining, with “artifacts” and other problems, and since the price is low, the consumer buys even if.

Several photos of auctions organized in video streams began to appear on the Baidu search engine, with users always showing stacks with hundreds of used GPUs, for those interested in buying a component even knowing that it is not in good condition. use pristine.

It is always good to remember that the GPUs used to generate cryptocurrencies are forced to run out, operating 24/7 at 100% power for months or even years. In normal situations, miners resell slabs when they no longer serve the purpose for which they were acquired, offered for sale on websites at ridiculously low prices when compared to a new one of the same model.

The big problem is that, given the fat eye of the official retailers, who gladly ignore the prices suggested by the manufacturers, the average user desperate for a GPU, will end up buying a used one even with all the artifact problems to which he has. straight, a component that does not have much more useful life and that will inevitably open its mouth soon.

However, the GPU tsunami in the used market is a worst case scenario for Nvidia, AMD and manufacturers, precisely because miners are not buying new cards, and neither are the average user, given the price difference. For example, an RTX 3060 Ti, which until recently retailers were selling between US $ 700 and US $ 800, costs in the hands of cryptocurrency miners US $ 300 to US $ 350. Which one do you think the consumer will buy, too. considering all the problems?

And of course, when (not if) these cards fail, the consumer will blame the manufacturer, Nvidia and AMD, not the retailer who roasted it by undermining Ethereum. In the medium term, the companies responsible for components will have their image blurred, which could also benefit Intel.

All in all, this mess brings a positive point: GPU prices are finally coming down.