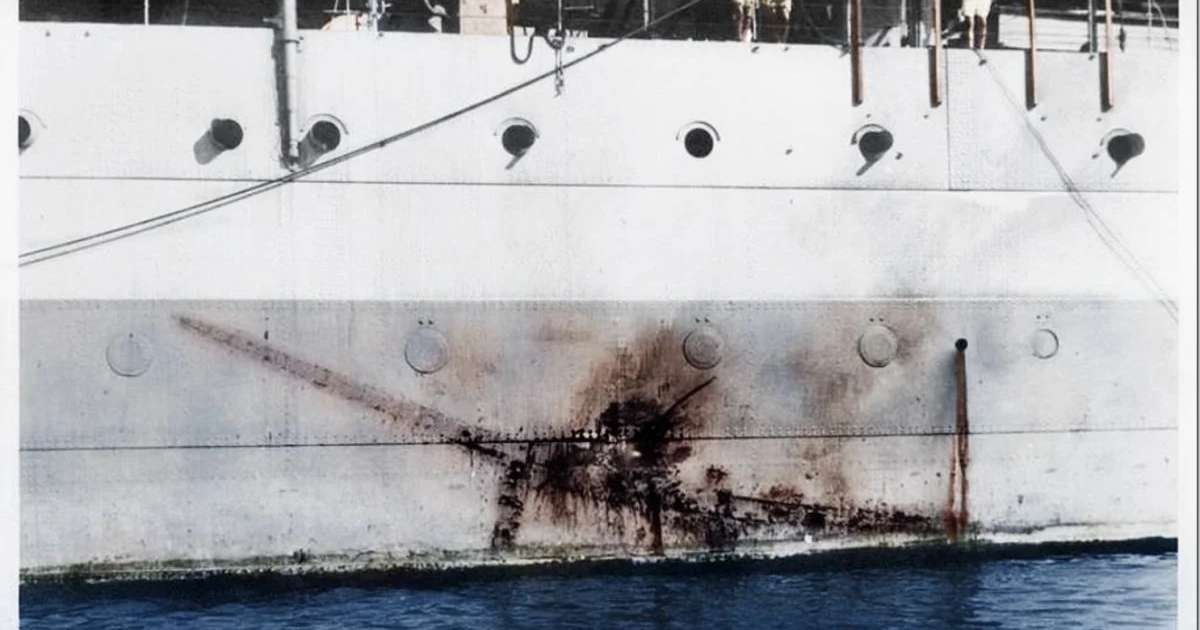 The use of drones has proved crucial in modern warfare, the surprising thing is that they are also bought on Chinese sites.

The use of drones in warfare is nothing new. The first experiments took place during the first world war and in the second the V1 flying bombs were essentially suicide drones.

The big difference from what we have today is that the F1 bomb navigation system was rudimentary. It was based on the low probability that England would move after the shot. Essentially, the V1 had two gyros to check roll and pitch angle, an electric compass to check heading and a barometer for altitude.

An analog engine kept all of these parameters within a predetermined range and the fuel was calculated to run out when the bomb hit the target. Since the goal was “London and its environs”, wherever he landed, it mattered.

The radio communication systems of the time weren’t enough, the only way to fill a plane with explosives and throw it at one with precision was with pilots, but the career as a kamikaze pilot is not in great demand these days. Fortunately, radio and navigation technology has come a long way.

You can buy sensors, complete autopilot units, long range radios, video transmitters and everything in between to build a decent drone, and “real” manufacturers produce multimillion-dollar units that can be controlled from the other side of the world.

In the same way that technology has produced powerful and expensive drones like the Global Hawk, cheaper and more efficient drones are emerging, not to mention Ukrainians who use DJI drones to throw grenades.

There are military AND generic drones used for observation and attack missions, and Ukrainians are getting pretty wild. On June 21, 2022, they gave us one of the most epic scenes of Putin’s little dirty war: at the Novoshakhtinsk refinery, in the Rostov region, Russia, some employees filmed a drone, with the following dialogue:

“Ahahah of course not”

The drone, which appeared out of nowhere, hit the refinery, causing a small fire. It was nothing disastrous, apart from the morale of the so-called second largest military superpower on the planet, which is already on the 120th day of its 3-day invasion, without even achieving air supremacy in Ukraine.

Crossing the Russian border with impunity and hitting a strategic target, Ukraine is sending a large “ебать ти” to Vladimir Putin, but another detail has troubled the open source military intelligence community: what the hell was that drone?

Many people started comparing it to the Ukrainian drone fleet and nothing matched. Will it be a new line of kamikaze drones? Developed when? Will it be a prototype from an external manufacturer?

The answer came from a survey done by the people of The Drive. The drone was Chinese.

“But Cardoso,” you ask, “isn’t China almost on Russia’s side? Would they sell arms to the Ukrainians?”

Great observation, little grasshopper. China, the state is on the fence, but trade is doing well, thank you, and that drone is not manufactured by the defense industry. What they found is that it is for sale as a general purpose drone and can be purchased from Ali Express!

The animal is made of wood, which helps reduce the radar signature, with a range of 10km, but nothing prevents the buyer from using their radios and achieving a much greater range.

The hypothesis is that Ukraine, in a very discreet way, has bought many of these drones, has customized it, has stuck a warhead with a few tens of kilos of explosives and is driving the Russians crazy with them.

If the Russians are not interfering with the GPS, and since there are videos of Russian fighter pilots using commercial Garmin GPS in their aircraft, we can infer that they are not, it is trivial to program the drone to hit any target, even beyond. outside the range of the transmitter.

Improvised drones were used by Hezbollah against Israel, but now we literally have store-bought equipment turned into weapons capable of striking strategic targets. We are not talking about Afghanistan, it is Russia, which in theory should have excellent air defenses. If a $ 10,000 (plus upgrades) drone can infiltrate, imagine the swarm of drones you can buy for $ 1 million.

In theory there is a whole electronic warfare apparatus to neutralize commercial drones, but this war has shown that they are effective only if a) the drones are known to be nearby and b) the equipment is very widely distributed, available to the maximum number of people possible units.

In practice this turns out to be a logistical and expensive nightmare, and if you think it’s bad for Putin, imagine all the military commanders who are watching the war and wondering how they will deal with these drone swarms in the future.

The hope is that the enemy will buy drones from Wish.com.