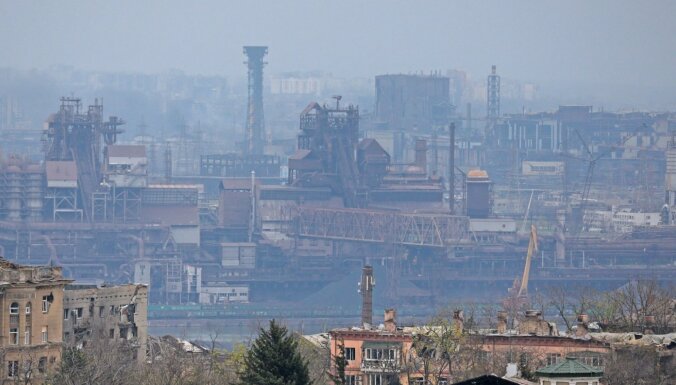 Ukrainian President Volodymyr Zelensky said that it is currently impossible to unblock the city of Mariupol by military means, reports with reference to Suspilna. Meduza Portal .

“There are no such heavy weapons in Ukraine,” Zelensky said at a joint press conference with Canadian Prime Minister Justin Trudeau. “These are not thoughts, these are the conclusions of the leaders of our army.”

According to Zelensky, only diplomatic efforts are now possible, which are undertaken by the Ukrainian authorities. It was thanks to them, he stressed, that it was possible to evacuate all civilians from the territory of the Azovstal plant.

“Russia only changes the military if they are prisoners of war. This is the situation. This is the response of the Russian Federation. There is no other response,” he said. declared.

Earlier on May 8, soldiers from the Azov regiment who continue to defend the Azovstal plant in Mariupol said they could only “be evacuated” because they had expended “all resources on an effective defense”. . Representatives of “Azov” again stressed that they will not surrender.