Putin at the May 9 parade: NATO countries did not want to hear us 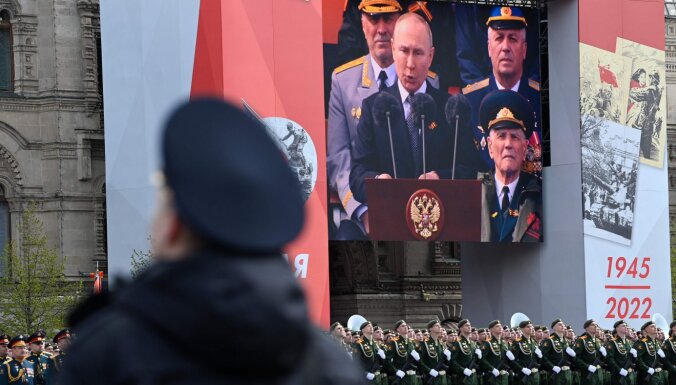 At 10 a.m. a parade began on Red Square in Moscow in honor of the 77th anniversary of Victory in the Great Patriotic War. Russian President Vladimir Putin spoke at the parade.

Most of the Head of State’s speech was devoted to the situation in Ukraine.

“The military of the Russian Federation, during a special military operation, are fighting for the people of Donbass, for the security of the homeland,” Putin was quoted as saying by TASS.

Putin added that Russia had called on the West for an honest dialogue, but in vain, the NATO countries did not want to hear it. An immediate threat was created near the borders of the Russian Federation, an attack was being prepared, in particular against Russian Crimea. “Russia preemptively repelled aggression, it was a forced, timely and only correct decision,” Putin said.

The parade on Red Square is also followed by soldiers who have arrived directly from the combat zone in the Donbass. It also became known that Putin signed a decree on supporting the children of Russian servicemen who died during a special military operation.

Previous articleGreece continues to supply Russian oil by sea, despite sanctions
Next articleRecently released from the hospital, Semenenko is already performing in the show again