During the parade, Putin spoke about Ukraine. The mobilization was not announced 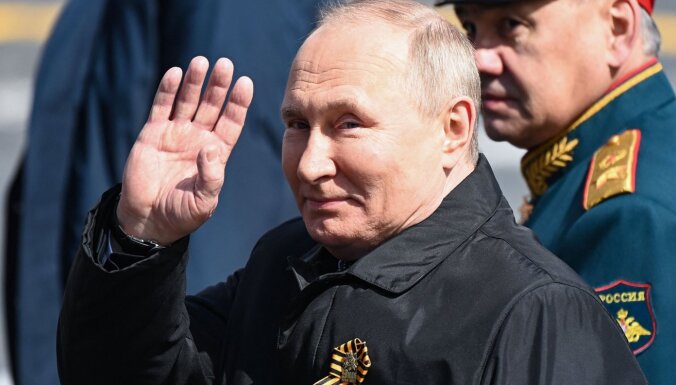 At 10 a.m. a parade began on Red Square in Moscow in honor of the 77th anniversary of Victory in the Great Patriotic War. Russian President Vladimir Putin spoke at the parade. Most of the Head of State’s speech was devoted to the situation in Ukraine. He did not speak of general mobilization and the declaration of war on Ukraine.

“Now these days you are fighting for our people in the Donbass. For the security of our homeland – Russia”, estimate Putin Novaya Gazeta. Europe.

According to Putin, Russia offered security guarantees in December, but NATO did not accept them. “Preparations were openly prepared for another punitive operation in the Donbass, for an invasion of our historical lands, including Crimea. In kyiv, they announced the possible acquisition of nuclear weapons. The NATO bloc began active military development of territories adjacent to us,” Putin said.

According to him, “a threat was systematically created on our borders”, and the NATO countries “did not want to hear us, which means that in fact, they had other plans and we see it “, Putin said.

The president said Russia had “preventively repelled aggression” and that “it was a forced, timely and only correct decision.”

The parade on Red Square brought together, among others, soldiers who arrived directly from the combat zone in the Donbass. Putin signed a decree on supporting the children of Russian servicemen who died during a special military operation.

A total of 11,000 soldiers and 131 combat vehicles took part in the parade. The aerial part of the parade was canceled due to weather conditions, Russian Presidential Press Secretary Dmitry Peskov told RIA Novosti. Above Red Square, among other things, had to fly “doomsday plane “- air command center for nuclear war, BBC reports.

Recall that earlier there was information that Vladimir Putin may officially declare war on Ukraine on May 9, which will allow a general mobilization of reservists. No statement about this was made during the festive parade.

Moreover, the defender uploaded a social media post where he makes fun of the situation. Marcos Rojo is a provocateur . After playing...
Previous articleRussian Ambassador to Poland sprayed with red paint during wreath laying ceremony
Next articlePoland has confirmed hostile state status. Russian ambassador assaulted while laying flowers