Texts against Putin and the war appeared in Lenta.ru. Responsibility for “performance” has been assumed by the employees 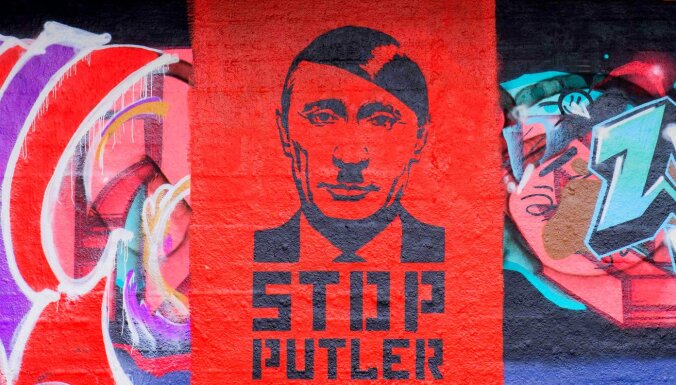 The Russian edition Lenta.ru published articles with pointed titles about the Russian president and criticism of the war against Ukraine. Two employees took responsibility. The statement said the “performance” is intended to unite opponents of the war, “regardless of their opinions”. In March, an official-controlled Channel One employee spoke out against the war.

On May 9, more than 10 articles were published on the website of the pro-Kremlin publication Lenta.ru, criticizing President Vladimir Putin and the war against Ukraine. And with pointed titles: “Putin started one of the bloody wars of the 21st century”, “Zelensky turned out to be cooler than Putin”, “The Russian elite turned out to be insignificantly weak-willed”, “Vladimir Putin has turned into a pitiful and paranoid dictator”, “Russia threatens to destroy the whole world” and etc.

Editors quickly removed these elements, but the site archiver retained the look of the front page.

Lenta.ru remained a popular resource even after the entire editorial board led by Galina Timchenko was forced out in 2014 amid the annexation of Crimea and hostilities in eastern Ukraine. . The editorial policy has changed dramatically, the publication has become loyal to the authorities.

Lenta.ru did not comment on the situation. The publication’s editor-in-chief, Vladimir Todorov, told RIA Novosti: “We are not commenting yet” https://rus.delfi.lv/news/daily/abroad/. “Sorry again, it’s very stressful,” he added. , without specifying what it means.

The first version in the media and social networks was that the site had been hacked.

Lentu.Ru has been hacked qualitatively. Among some sort of propaganda, the “top news” section looks like this (right):
– The Russian elite turned out to be negligible weak-willed
Vladimir Putin has become a pathetic and paranoid dictator
Vladimir Putin is afraid to reveal the truth about his family pic.twitter.com/DqQFqXw4zR

However, there have been reports that headlines and articles against the war and Putin may be placed by the publication’s employees, thus expressing their protest.

A source in the publication confirmed to Mediazone (included in the register of media that act as a “foreign agent”) that it was done by employees, replacing the text in other news already published.

Meduza’s sources (included in the register of media that act as foreign agents) also said the information was replaced by employees.

In the postscript to the articles, the head of the “Economy” and “Habitat” departments Egor Polyakov and the editor-in-chief of these departments Alexandra Miroshnikova took responsibility for publication. The BBC has sent Polyakov a message seeking comment and is awaiting a response.

The critical publications began with a disclaimer that “the material did not agree with the leadership”, and the presidential administration would punish the publication for publishing it.

In social networks, the incident is already compared to a protest rally organized live on the Vremya program by Marina Ovsyannikova. She appeared behind the presenter with an anti-war poster. Ovsyannikova left the first channel and the country, in Moscow they managed to bring her to administrative responsibility for the action.

The media circulated a statement written by Polyakov on the reasons why they decided on this action.

“What was it? Exactly what it looks like. It’s not a ‘hack by hackers’, it’s our conscious decision, which was made a relatively long time ago, but it doesn’t was not possible to implement it quickly (I won’t say why yet). The main reason is awareness,” said the statement, the authenticity of which the BBC could not verify.

In it, the journalist claims that Russian media space has long been “divided into ‘handshake’ segments, and ‘Lenta’ is not included in it”https://rus.delfi.lv/news/ daily/abroad/ “But I personally know many good and dignified people who work in the ‘hands-off’ media,” the statement said.

The author of the press release calls on opponents of the war to unite, “whatever their opinions”.

“We have a gigantic audience, to which I put a lot of effort, so Sasha and I decided that such a performance would be the only real one, says the text. Our signatures, they have already spoken to me, I believe. that we can talk about it that we no longer work in Lenta.”