Boris Johnson no longer faces fines for partying during lockdown 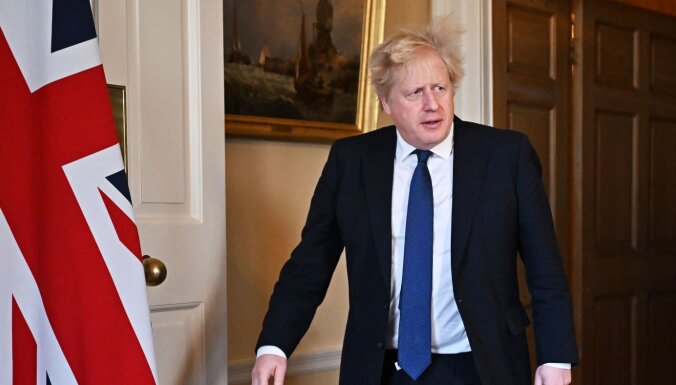 Boris Johnson no longer faces covid party fines. Police have completed an investigation into breaches of coronavirus restrictions during the lockdown at 10 Downing Street, but the end of the investigation could create political difficulties for the British Prime Minister.

The ‘Party Case’ comes after investigative journalism revealed at the end of last year that several parties had taken place in Downing Street during lockdown, at a time when such gatherings were against the rules.

Prime Minister Boris Johnson and his wife Carrie, among others, took part in these events. Johnson and other gatherings in Downing Street said the events were operating strictly, but with wine and snacks, and social distancing measures were also observed.

Today Downing Street announced the end of the police investigation. Police have found no other breaches in Boris Johnson’s behavior so he is not at risk of further fines.

As a result of the investigation, 126 fines were imposed on eight parties on different dates. A total of 83 people were fined, 28 of them received two to five fines. The size and total amount of fines imposed are not called.

At the same time, the investigation itself was not cheap: 12 detectives took part in it, and it cost the budget 460 thousand pounds. To find those responsible for breaking the lockdown rules, detectives interviewed witnesses and reviewed 510 photographs, as well as CCTV footage, emails and log entries.

London police also said they would not name all of those fined.

Sue Gray came to the conclusion last year that Prime Minister and Government personnel officials were indeed ignoring their own anti-COVID restrictions, but no names or details were found in her initial report.

Sue Gray explained this by the fact that the police took over the investigation, asking her not to publish details. And now, when the investigation is complete, the full version of his report is expected to be released. The document is expected to be released next week. And it is possible that the text of the report will create additional political difficulties for Boris Johnson.

That the document be released as soon as possible is being pushed particularly by opposition parties who have demanded Johnson’s resignation due to his party.

However, when it comes to the leader of the opposition, Labor leader Cyrus Starmer, the police are also carrying out a similar investigation. It’s not over yet, but Starmer has already said so. that if he is found guilty of breaking the confinement rules, he will resign from his post.