The Taliban ordered women on TV to cover their faces 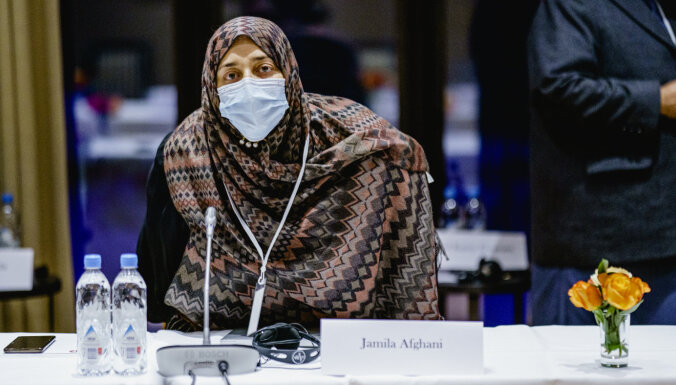 Taliban leaders have ordered Afghan TV presenters and other women appearing on screen to cover their faces while on air. The decree comes into effect on May 21.

This was reported to the media on Wednesday, a spokesperson for the Religious Police told the BBC.

The decision comes two weeks after all women were banned from showing their faces on the streets.

The Taliban had previously banned women from traveling without a male guardian. The country’s girls’ high schools are closed.

An Afghan journalist working for local television in Kabul, who did not wish to be named, told the BBC she was shocked to hear the latest news.

“They indirectly pressure us to stop appearing on screen. How can I read the news with my mouth covered? I don’t know what to do now, I have to work, I feed my family.”

A spokesman for Afghanistan’s Ministry of Vice Prevention and Virtue Promotion called the decision a “recommendation”, Reuters reported. However, what will happen to those who refuse to follow him is still unclear.

The ministry’s new decision was criticized by many Twitter users.

“All over the world, masks are used to protect people from covid. The Taliban use masks to prevent people from seeing the faces of female journalists. For the Taliban, women are a disease,” one activist tweeted.

Shamshad, a private news channel, posted a photo of its host wearing a mask, and similar images are circulating on social media.

#AFG A powerful message from an Afghan woman (TOlo TV Host) that deserves reflection: This is me, Yalda Ali, a woman on the verge of being eliminated through the Prevention of Vice and the Promotion of Virtue. We are bound to appear like this, hereafter. @bsarwary pic.twitter.com/Gjjhgm0wJf

When the Taliban were last in power, in the 1990s, they forced women to wear burqas in public places, completely covering both the face and the whole body.

In 2001, the US-led coalition overthrew the Taliban and many bans were lifted. Women appearing on television with open faces have become commonplace.

After returning to power in August last year, the Taliban temporarily postponed passing new laws on how women should dress.

This raised hopes that they would manage Afghanistan, a deeply conservative and patriarchal country, with more flexibility this time around.

However, in early May, the Ministry for the Prevention of Vice and the Promotion of Virtue announced that all women would be required to cover their faces in public places, indicating that the burqa was ideal for this.

Most Muslims around the world do not believe that women should cover their faces or should not work.

In Afghanistan, women still work in some fields, such as health care and education, but women in many other professions have been taken out of work and sent home by the Taliban.