Scholz urged to prevent Russia’s victory in war against Ukraine 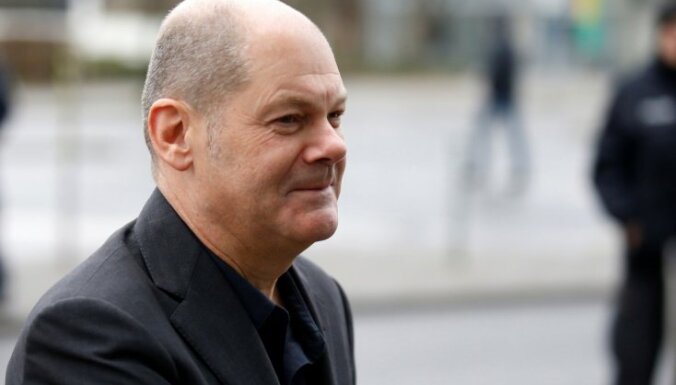 German Chancellor Olaf Scholz spoke in the Bundestag to defend the supply of heavy weapons to Ukraine. Military assistance is not an escalation of the conflict, but a contribution to a rapid cessation of violence, he stressed.

“Helping to defend a country that has been brutally attacked is not an escalation. It is a contribution to repel an attack and thus end the violence as soon as possible,” he stressed, s speaking Thursday in a government statement to the Bundestag. May 19, devoted to the next EU emergency summit.

“The common goal is to help Ukraine survive”

According to the head of the German government, he, like the others, is concerned about the ongoing war in Ukraine. “We are all united by a common goal – not to allow Russia to win this war. Ukraine must survive,” he stressed.

At the same time, Scholz rejected Russian attempts to impose peace on Ukraine on its own terms. “There will be no dictated peace, because the Ukrainians will not accept it, and neither will we,” he said. Only when Russian President Vladimir Putin realizes that he cannot break Ukraine, “will he be ready to seriously negotiate for peace”, and for this it is important to strengthen the kyiv’s defense capability, he added.

Scholz also indicated that his government supports Ukraine, including in the field of defence, “in a deliberate, balanced way and in close coordination at the international level”. Germany will not act alone in this matter and will not do anything that would lead to NATO becoming one of the parties to this conflict, the German Chancellor said. He also assured Ukraine of his continued support, including in the form of sanctions against the Russian Federation, hosting Ukrainian refugees and economic assistance.

Olaf Scholz also supported the idea of ​​creating a European Solidarity Fund for the reconstruction of Ukraine. “I hope that sooner or later the war will end, and one thing is already clear: restoring the destroyed infrastructure, reviving the Ukrainian economy – all this will cost billions,” he said. Therefore, according to him, Brussels should now start the preparatory work to create a solidarity fund based on contributions from the EU and international partners.

In his speech, Scholz touched on the subject of Ukraine’s possible entry into the European Union and the response to kyiv’s corresponding request, urging not to expect quick decisions in this regard. At the same time, he supported French President Emmanuel Macron, who believes it is “not a matter of a few months or a few years”. For reasons of fairness vis-à-vis other candidates for EU membership, the path to European integration must not be shortened, stressed the German Chancellor. At the same time, the European Commission will in all likelihood present its assessment of Ukraine’s candidacy at the end of June, he added.

At the same time, Scholz welcomed the decision of the Finns and Swedes to apply to join NATO. “I say without any hesitation: dear Swedish and Finnish friends, welcome! With you in our ranks, NATO and Europe will become stronger and more secure,” he said.