In Poland, a dispatcher from Russia was arrested in absentia in the case of the Tu-154 crash near Smolensk 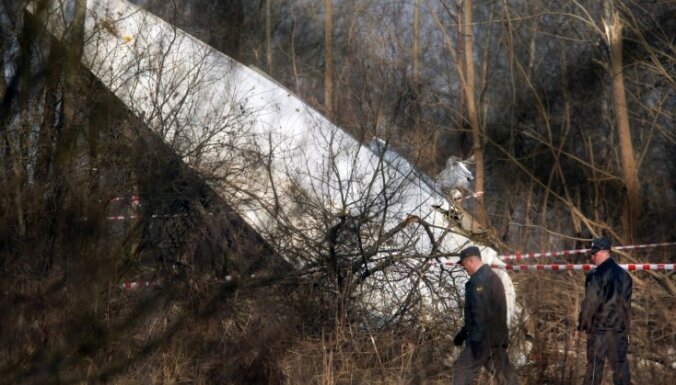 The Warsaw District Court of Mokotow, at the request of the Polish Prosecutor General’s Office, arrested in absentia one of three Russian air traffic controllers who were on duty at Smolensk-Severny airport on the day of the crash of the Polish government aircraft Tu-154M on April 10, 2010. “In the case against Viktor R., the court ordered the suspect to be imposed a measure of restraint in the form of provisional arrest for a period of 30 days from the date of his detention”, indicated Thursday, May 19 the press service of the court. .

The judges simultaneously considered the cases of two dispatchers – Viktor Ryzhenko and Nikolai Krasnokudsky. The meetings were held in absentia, without the participation of the defendants and behind closed doors. In the Krasnokudsky case, the request of the prosecutor’s office to apply a coercive measure in the form of provisional arrest for 30 days was rejected. Both decisions are subject to appeal.

On May 28 last year, a Polish court ruled in the case of third dispatcher Pavel Plyusnin, finding there were no grounds for his temporary arrest.

In September 2020, it became known that the 1st Investigative Group of the State Prosecutor’s Office of Poland filed a petition with the District Court of the Warsaw District of Mokotow for the temporary arrest of three Russian air traffic controllers. Eva Bialik, spokeswoman for the prosecution, said at the time that the charges against the air traffic controllers related to having deliberately caused a plane crash which resulted in the death of a large number of people.

Russian Foreign Ministry spokeswoman Maria Zakharova, commenting on the plans to arrest Russian air traffic controllers, said that Warsaw is ignoring the facts and bringing the situation to absurdity, “trying to gain political points on the tragedy and to blame Russia for what happened”. “Zakharova stressed that all attempts by Warsaw to obtain the extradition of air traffic controllers are in vain.

For his part, the press secretary of the President of the Russian Federation Dmitry Peskov said that the Kremlin has a negative attitude towards Warsaw’s accusations in the case of the plane crash with Polish President Lech Kaczynski and demands for the arrest of Russian air traffic controllers.

The Tu-154M aircraft crashed on the morning of April 10, 2010 near Smolensk in heavy fog. As a result, all 96 people on board were killed, including then Polish President Lech Kaczynski and his wife Maria. A high-ranking Polish delegation visited Katyn for mourning events. In conditions of poor visibility and lack of visual contact with the ground, the pilots decided to land the airliner, the plane did not reach the runway for several meters, first colliding with trees and then with the ground.

Specialists from the Interstate Aviation Committee came to the conclusion that the accident happened as a result of the actions of the crew who, under psychological pressure, made the wrong decision to land in adverse weather conditions .

In the report of the Polish government commission, among the reasons for the crash of the plane, in addition to the descent to an unacceptable height, are errors of the crew and the fact that the pilot ignored the signals of the warning system early ground collision TAWS. Polish experts concluded that the cause of the accident was a descent below the minimum altitude at excessive speed in weather conditions that did not allow visual contact with the ground, as well as a late start of the go-around procedure .

The new Polish government found the results inconclusive. Warsaw reopened the investigation in 2016. Its participants concluded that the plane had been destroyed in the sky, following an explosion on board. At the moment, the investigation into the accident is considered incomplete due to the fact that the Russian side holds part of the wreckage of the plane, “black boxes” with recordings, as well as other evidence .

Previous article“I shot to get behind me”: the Russian army was sentenced to life in kyiv
Next articleEurope refuses oil and gas from Russia. Not right away, but the plan and the money are already there