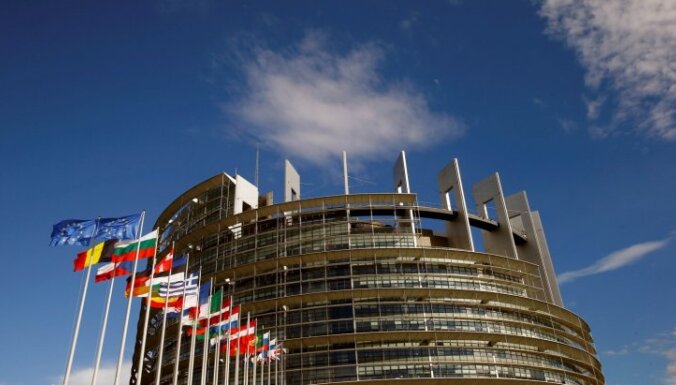 The European Parliament calls for Russia’s military and political leaders and their allies to be held accountable before a special tribunal for the attack on Ukraine. The corresponding resolution was adopted by MEPs on Thursday May 19 in Brussels during a plenary session, reports a DW correspondent.

The document provides for the establishment of a special international tribunal to investigate Russian aggression in Ukraine as an international legal crime, which is not subject to the jurisdiction of Gaga’s International Criminal Court.

Do everything possible to investigate war crimes

Furthermore, MEPs call for all necessary measures to be taken to prosecute war crimes, crimes against humanity and genocide. In particular, atrocities such as the bombing of towns and villages, forced deportations, the use of prohibited ammunition, attacks on fleeing civilians, executions and sexual violence must be investigated because they may constitute war crimes. The EU must provide all the necessary resources and act quickly before the evidence disappears.

New powers for the Eurojust agency

To this end, the European Parliament has agreed to expand the mandate of the European Agency for Justice (Eurojust), which should help investigate war crimes committed during Russia’s war against Ukraine. 560 MEPs voted in favor of such changes to Eurojust’s mandate in plenary, 17 voted against and 18 abstained, reports DW.

These changes will allow Eurojust to support EU states “in the fight against genocide, crimes against humanity, war crimes and related criminal offences, including the preservation, analysis and storage of evidence related to these crimes”. To do this, Eurojust may create an automated data storage system.

“On February 24, 2022, the Russian Federation launched military aggression against Ukraine. There are good reasons to believe that crimes against humanity and war crimes have been committed and continue to be committed in Ukraine in the context of the ongoing hostilities,” the project states. says the resolution. The document outlines the risks associated with keeping this evidence as long as the war continues. Thus, the authors of the resolution propose to create “in a safe place” a repository of evidence collected by the law enforcement agencies of EU states, international organizations, third countries and public organizations.

The European Parliament’s rapporteur on this issue, Spaniard Juan Fernando Lopez Aguilar, said that the text approved by MEPs is also supported in the Council of the EU. From now on, changes to Eurojust’s mandate can be definitively approved by the Council of the European Union, after which they will enter into force. “It will be a quick response, demonstrating our determination to support Ukraine and at the same time fight against impunity for war crimes,” said Lopez Aguilar.