Another victim of the war on the Russian side of the border: a man died in the Kursk region 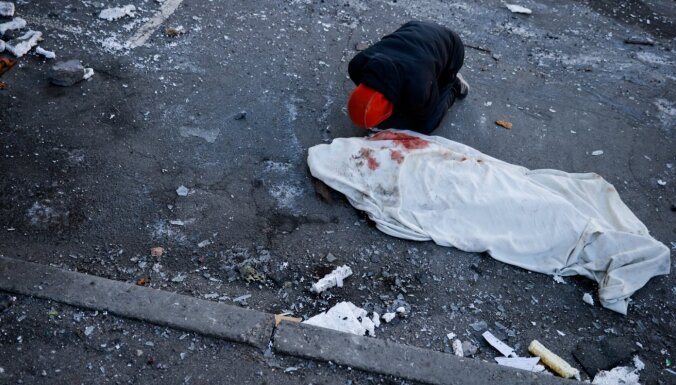 During the shelling of the border village of Tetkino in the Kursk region, at least one person was killed, said the governor of the region Roman Starovoit. Last week, a civilian died in the village of Solokhi, Belorodsk region, who came under fire.

According to the head of the region, the bombardment took place at dawn, several strikes were carried out on the local distillery. The truck driver, who brought raw materials to the company, died.

“The enemy has dealt several blows to this object. There are also wounded. They are receiving first aid,” Starovoit wrote on his Telegram channel.

Under wartime conditions, the BBC is unable to quickly verify the statements of officials. The Ukrainian side has not officially commented on the shelling of Tetkino.

Starovoit reports on the bombardment of Tetkino and other border settlements by Ukraine, not for the first time in recent days.

This is the second casualty on the Russian side – last week it became known that a dead man in the village of Solokhi in the Belorodsk region was shot at. Since the beginning of the war in Ukraine, the authorities of the border regions have repeatedly reported the bombardment of other villages.

Tetkino is located near the border with the Sumy region of Ukraine.

The head of the administration of this region, Dmitry Zhivitsky, said on Wednesday evening that around 22:00 shelling from self-propelled artillery mounts and small arms was carried out in the area near Tetkino near the city Ukrainian Belopolye from Russian territory around 22:00. According to Zhivitsky, it “lasted almost half an hour.”

According to Zhivitsky, Russian shelling that evening went along the entire border of the Sumy region.

In Ukraine, according to the UN, about 3.5 thousand civilians have died since the start of the war.

Previous articlePolice are asking to charge a group of people with falsifying covid certificates. A health worker is involved in the case.
Next articleA three-year-old child came to the store alone; parents were drunk