Zelensky: Russian statements about laser weapons are an analogue of Nazi propaganda about a miracle weapon 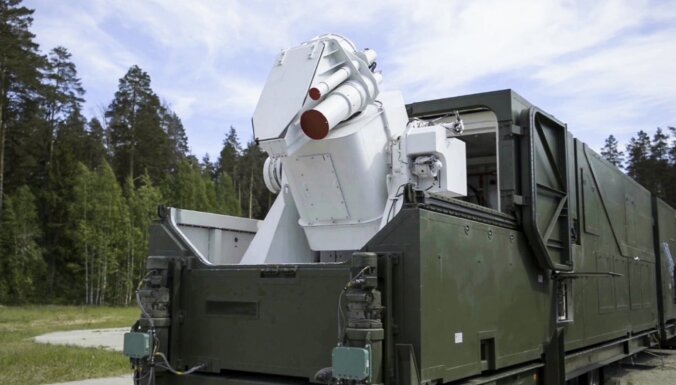 Ukrainian President Volodymyr Zelensky considers Russian statements about the use of laser weapons as analogous to Nazi Germany’s propaganda about the wunderwaffe (Wunderwaffe – “miracle weapon”) and proof of the complete failure of the invasion . Zelensky said in a traditional evening video message on May 18, to transmit “Ukrainian News”.

“Today one of the Russian state officials said that the occupiers have started using laser weapons in Ukraine,” Zelensky said. It was the bulk of their missile stock.

Zelensky recalled that everyone has already seen how Russia fights – conscripts without proper training, looters, obsolete armored vehicles and banned phosphorus bombs that are used against schools and residential buildings.

“There was such a term in Nazi Germany propaganda as wunderwaffe. Wonder weapon. The clearer it became that they had no chance in the war, the more propaganda talk there was of a ‘wonder weapon’. “which is allegedly so powerful that it would constitute a turning point in the war,” the president said.

He added that discussions of laser weapons indicate that Russia has also started looking for its “wunderwaffe”.

“This indicates a complete failure of the invasion, as well as the fact that they are afraid to admit that catastrophic mistakes were made at the highest state and military levels. The forces of Ukraine will liberate our land step by step “, stressed Zelensky.

Deputy Prime Minister of the Russian Federation Yuri Borisov said that Russia used laser weapons in the war against Ukraine – the Zadira laser complex, capable of hitting a target at a distance of up to 5 kilometers without using of missiles. Immediately after, his remarks sparked many jokes on the network.

Former US President Donald Trump knew his...
Previous articleWill Rammstein’s European tour be a farewell?
Next articleMatvienko proposed to remove the monument from Pardaugava and install it on the Latvian-Russian border