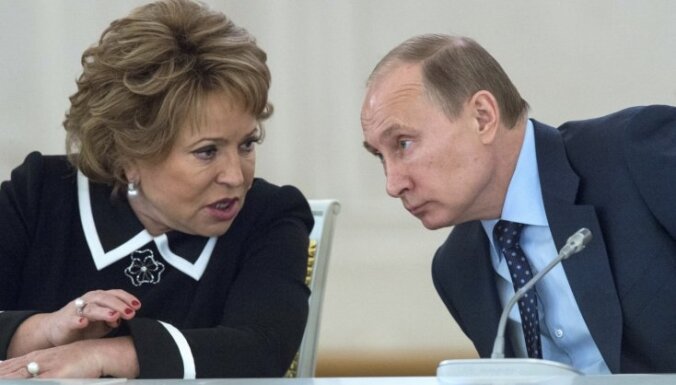 Russia should remove the monuments to Soviet soldiers, which are subject to demolition in the Baltic countries, and install them on the border with these states, said Valentina Matvienko, chairwoman of the Federation Council of the Russian Federation.

“Of course, we have to do everything we can to keep these monuments where they are today. Because that’s what many people in these states want. It’s in line with all international treaties. But s ‘this is absolute anarchy and a final decision is made on the demolition of these monuments, I think that Russia, of course, must take them away, but not to take them to Moscow or other regions , but to put them on the border,” Matvienko said in an interview with Izvestia, published on the publication’s website.

According to the spokesperson for the Russian Federation, this is necessary “so that people for whom it is truly a shrine can pay homage to the memory on May 9 and other days, simply by crossing the border”.

“Perhaps such options should be considered and worked out. And of course we will follow the development of events closely,” she said.

So Matvienko commented on the reports that decisions are being made in the Baltic countries to demolish these monuments.

Previous articleZelensky: Russian statements about laser weapons are an analogue of Nazi propaganda about a miracle weapon
Next articleGucci launches an umbrella that costs a fortune and does not protect against water