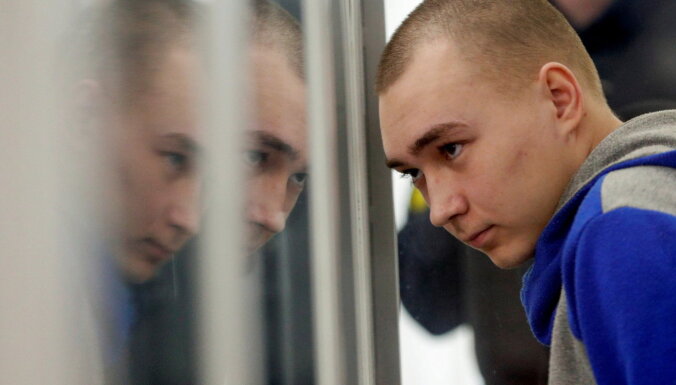 The Solomensky Court in Kyiv sentenced captive Russian Sergeant Vadim Shishimarin, accused of killing a civilian in the Sumy region, to life imprisonment. This is reported by the BBC justice correspondent.

Shishimarin, 21, is the first Russian soldier to be tried for war crimes since the invasion of Ukraine. Shishimarin was charged with the murder of Alexander Shelipov, a 62-year-old resident of the village of Chupakhovka. Already at the first court hearing, the sergeant admitted his guilt.

The events that took place on February 28, according to the prosecution, went as follows: not far from the village of Grinchenkove, the Ukrainian army broke up the convoy in which Shishimarin was, after which he and four other Russian servicemen seized the car of one of the civilians and drove it towards the border.

Along the way, they saw Shelipov talking on the phone, and a military man named Pufakov ordered Shishimarin to kill the man so he wouldn’t tell the Ukrainian soldiers. Shishimarin fired several machine gun shots at him, Shelipov died of a bullet to the head a few dozen meters from his house.

Already after the murder of Shelipov, the car with Shishimarin came under fire, and soon he and three other servicemen decided to surrender.

Shishimarin defender Viktor Ovsyannikov insisted in court that the sergeant succumbed to pressure from two people he considered his commanders and complied with the requirements of Russian armed forces regulations. According to the lawyer, the 21-year-old soldier carried out the order formally, hoping that he would not hit anyone.

According to the story of Shishimarin himself, having heard the ensign’s order, he hesitated and did not fire. Then he was approached by another (“unknown”) soldier, who started shouting and demanding that the Shishimarin shoot, otherwise they would be in danger. “I didn’t want to kill him. I shot to get behind me,” Shishimarin told the court.

In his last word, he apologized to Shelipov’s widow and said he did not want to kill her husband. “I sincerely repent of what I did. At that time, I was nervous, there was hostilities, and I didn’t want to kill, but it happened… Subsequently, I realized it was best to surrender,” he said.

The murdered man’s widow, Katerina Shelipova, said in court that she wanted Shishimarin to be sentenced to life imprisonment, saying she would not object to being exchanged for Ukrainian soldiers from Azovstal.

Shishimarin, a native of the city of Ust-Ilimsk, Irkutsk region, served as a squad leader in the 4th Kantemirovskaya tank division, Moscow region.

The Russian Defense Ministry did not comment on the situation with Shishimarin. The Kremlin invokes a lack of information.

Previous articlePeace to your house! Ukrainian film based on Sholom Aleichem starts in Latvia
Next articleMarcos Rojo, the provocateur: he smoked and drank beer in the middle of the field after the coronation of Boca