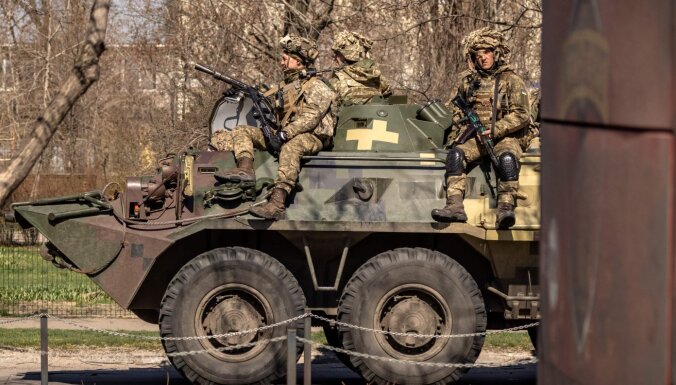 The General Staff of the Armed Forces of Ukraine issued a traditional evening report on the state of affairs at the fronts.

Here are the key points:

– In the direction of Donetsk, Russia is trying to break through the defense of Ukrainian troops and reach the administrative borders of the Lugansk region.

– In the Slavic direction, the Russians are trying to resume the offensive, they continue to shell settlements along the line of collision. In some areas there were attempts at reconnaissance in force, as a result the Russians suffered losses and retreated.

– In the direction of Severodonetsk, the fighting continued in the area of ​​the Prudovka settlement. Units of the Russian Federation also tried to launch an offensive with the aim of capturing the settlement of Aleksandrovka, but they were unsuccessful.

– In the direction of Bakhmut, Russian troops, with the support of artillery, tried to improve the tactical position of their units.

– A decrease in the intensity of hostilities is recorded in the Avdeevsky, Kurakhovsky, Novopavlovsky and Zaporozhye directions. Russia is regrouping to strengthen certain areas.

– In the direction of Slobozhansky, Russia systematically shells the positions of the Ukrainian Armed Forces. To increase the efficiency of the transfer of troops and cargo, measures are being taken to restore the railway infrastructure in the Kupyansk region.

– In the direction of Kharkiv, the troops of the Russian Federation did not carry out active operations during the day, strengthening the police-administrative regime in the temporarily occupied territories.

As usual, we remind you that in the conditions of hostilities, the BBC does not have the possibility of obtaining rapid independent confirmation of the statements of those responsible.

Former US President Donald Trump knew his...
Previous articleGerhard Schroeder and Matthias Warnig leave the board of Rosneft
Next articleFrance: Ukraine’s accession to the EU is possible at the earliest in 15-20 years