France: Ukraine’s accession to the EU is possible at the earliest in 15-20 years 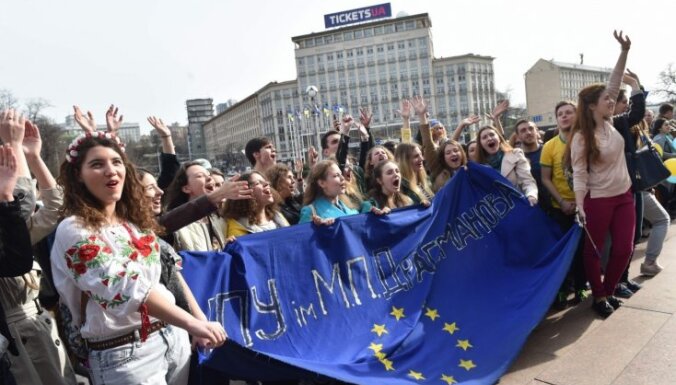 The process of Ukraine’s accession to the EU could extend “over 15 or 20 years”, French Minister for European Affairs Clément Bonet said on Sunday.

Speaking to Jewish radio station Radio J in Paris, Clément Beaune said: “We have to be honest. If you say Ukraine will join the EU in six months, a year or two, you are lying. Maybe be that it will happen in 15 or 20 years, it will take a long time”.

“If we say to Ukrainians: welcome to the European Union, but you haven’t read the treaty to the end, the footnote says: it will be in 15 years, so I think we will prepare the ground to the disappointment of a whole generation of Ukrainians,” Bonet added.

The minister reiterated President Emmanuel Macron’s proposal to create a new “European political community” that would include Ukraine. “This does not prevent further EU membership,” Bonet said.

Ukrainian President Volodymyr Zelensky said Saturday, commenting on Macron’s proposal, that any alternative to Ukraine’s EU bid would be a “compromise” with Russia, in response to Macron’s proposal.

The main reason for the start of Russia’s war against Ukraine is Ukraine’s desire to join the EU and NATO.

Macron’s “European Political Community” initiative is to be discussed at the EU summit in June.

Previous articleGeneral Staff of the Armed Forces of Ukraine: Russia is trying to break through the defenses of Donbass
Next articleThe number of cyber denial of service attacks has skyrocketed, including an attack on CSDD