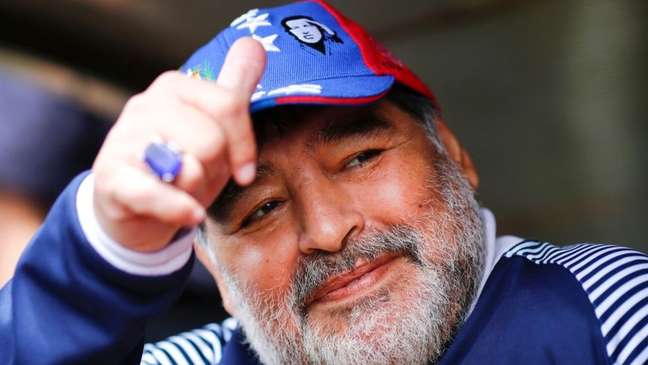 Eight people, including the Argentine star’s family doctor, will be tried for criminal negligence and manslaughter.

Eight employees of the medical team of the Argentine star Diego Maradona will be tried in Argentina on charges of criminal negligence that would have led to the idol’s death.

A judge ordered the team to be tried for manslaughter after a medical jury found Maradona’s treatment was fraught with “shortcomings and irregularities.”

Maradona died of a heart attack in November 2020, at the age of 60, in Buenos Aires.

The player was recovering at home from head surgery to remove a clot in the brain.

A few days after his death, Argentine prosecutors launched an investigation into the actions of doctors and nurses involved in the case.

Last year, a group of 20 experts pointed out that the team’s conduct towards Maradona was “inappropriate, deficient and negligent”. The medical review also concluded that the player “would have had a better chance of survival” if he had received adequate hospital care, according to the court.

Among those who will face the trial are Maradona’s neurosurgeon and personal doctor, Leopoldo Luque, a psychiatrist, a psychologist, two other doctors, two nurses and the head of the team. Everyone denies any responsibility for the idol’s death.

The medical team will be tried for manslaughter, a crime in which the perpetrators knew their negligent conduct could lead to death and even then ran the risk of killing.

The penalty, in the event of a conviction, varies from eight to 25 years of imprisonment, according to the Argentine penal code. There is no trial date yet.

Mario Baudry, a lawyer for one of Maradona’s sons, told Reuters news agency that the world idol was “in a situation of helplessness” at the time of his death.

“As soon as I saw what happened, I said it was murder. I fought for a long time and here we are, with this phase completed,” Baudry said.

The legal process was initiated by a complaint filed by Maradona’s children, who expressed concern about their father’s treatment after the brain operation.

At an emotional press conference in November 2020, Dr. Luque cried and said he had done everything possible to save his friend’s life, “even the impossible”. When confronted with reporters, Luque said: “Do you want to know what I am responsible for? To love him, to take care of him, to extend his life and improve it to the end.”

Diego Maradona is considered one of the best footballers of all time. He captained the Argentina national team which won the 1986 World Cup, in which he scored his famous goal “The Hand of God” against England in the quarter-finals.

During the second half of his career, Maradona struggled with cocaine addiction and was even banned from sport for 15 months after the substance was detected in his system in pre-match testing.

His death plunged the world of football – and Argentina – into deep mourning, with thousands lined up to wake him at Casa Rosada, Argentina’s presidential residence, in Buenos Aires.

Previous articleAo L !, Textor explains Zahavi’s obstacles in Botafogo and cites the invasion of CT
Next articleCorinthians overtake Santos and take a place in the quarter-finals of the Copa do Brasil