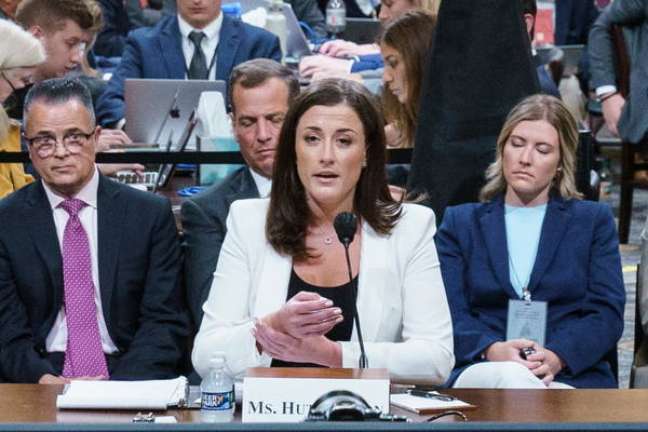 Former US President Donald Trump knew his supporters were armed and wearing bulletproof vests at the January 6th rally, but he still wanted to remove security measures and urged the crowd to go to the Capitol to ban certification of victory. by Democrat Joe Biden.

The information was released this Tuesday (28) by Cassidy Hutchinson, former aide of the White House and right-hand man of former cabinet chief Mark Meadows, one of the most anticipated witnesses of the public hearing called by surprise by the Parliamentary Commission of Inquiry in the invasion of Congress.

Hutchinson reported that Trump called for the “damn metal detectors” to be removed during his rally and said the tycoon and his chief of staff were aware of the possibility of violence on January 6, 2021.

The former aide also revealed that another White House official, Tony Ornato, had alerted the then president of the presence of weapons. However, Trump expressed anger that secret services were using metal detectors to keep gunmen out of the fenced area where he spoke.

According to her, the Republican said: “Stop the magazines, I’m not here to hurt me.” At another time Trump would have tried to get behind the wheel of the presidential limo to be able to go to Congress and try to reach the protesters.

“I’m the damn president, take me to the Capitol now,” he said, according to the former aide.

Hutchinson also said that on the night of January 2, 2021, Rudy Giuliani, Trump’s lawyer, told her that Trump supporters would go to Capitol Hill on January 6, thus confirming the suspicion of a preordained plan to block the certification. of Biden’s victory.

At that time, the assistant then turned to Meadows, who told her he was concerned about what might happen that day.

On his social network, Truth, Trump denied attempting to take the wheel of the vehicle and called Hutchinson’s testimony “sick” and “fraudulent”.

According to the former employee, inside the White House the Republican would have slammed on the table and throwing dishes, spraying ketchup on the wall after learning that the then secretary of justice, Bill Barr, denied the false accusations of electoral fraud.

Finally, Hutchinson admitted she was horrified by Trump’s tweet intimidating Mike Pence into not certifying the vote. “As an American, I was disgusted. He wasn’t patriotic. He wasn’t American. We saw the Capitol disfigured by a lie,” she pointed out.

After the testimony, Liz Cheney, Republican vice president of the investigative commission, denounced attempts by Trump and his followers to intimidate witnesses. “The president wants you to know that he is thinking of you. He knows that you are loyal,” she reads in a message addressed to one of the messages Cheney showed in court, thanking Hutchinson for her courage.

When Chinese businesswoman Yang Jing planned her...
Previous articleThe San Paolo confirms the return of Marcos Guilherme and strengthens his attack
Next articleColombia’s Truth Commission calls for a change in drug policy to end violence