The major general, who died during the war in Ukraine, was buried in Saint Petersburg 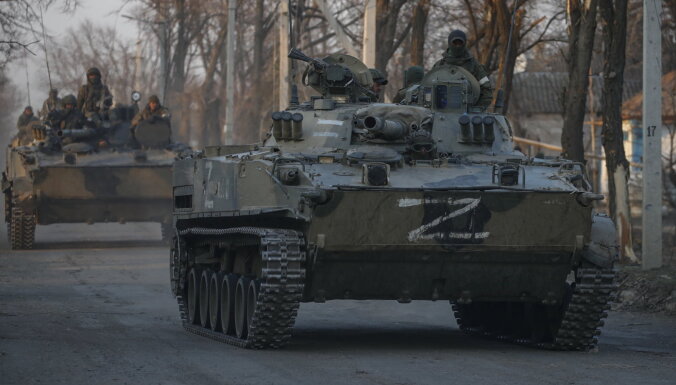 On April 16, in St. Petersburg, they said goodbye to the deputy commander of the 8th army, Major General Vladimir Petrovich Frolov, reports “fontanka “.

His funeral was held at Serafimovsky Cemetery with military honors. The ceremony was attended by Governor Alexander Beglov, reports the press service of the administration of St. Petersburg.

According to the governor, Vladimir Frolov “fell the death of the brave” in the battles with the Ukrainian enemy. “General Frolov is a hereditary military man… A true patriot, a brave and courageous man, he honestly and to the end fulfilled his military and human duty. The people will not forget his heroes. Eternal memory for him” , said the governor. mentioned.

Alexander Beglov noted that Frolov “fell a heroic death in battle against Ukrainian nationalists” and “sacrificed his life so that the children, women and elderly of Donbass would no longer hear the bomb explosions”. Along the way, he said that the task of the special operation in Ukraine was “the protection of Donbass and historical truth”, reports BBC Russian Service .

On April 12, in St. Petersburg, with military honors, they said goodbye to Lieutenant Colonel Miras Bashakov, who also died in Ukraine. Condolences to the relatives and friends of the officer were expressed by the governor of the city.

In early April, Ukraine reported the deaths of seven Russian generals, but the Russian side only confirmed the death of Major General Andrei Sukhovetsky, who was buried in Sevastopol.

According to Ukraine, around 20,000 Russian soldiers died during the war. The last time the Ministry of Defense of the Russian Federation reported losses on March 25, reporting the death of 1351 servicemen.

Previous articleSocial media fraud: the most common schemes
Next articleA corpse lay in the courtyard of a house in Riga for several hours. The police had a reason not to cover the body