Zelensky: The destruction of the defenders of Mariupol will be the end of the negotiations 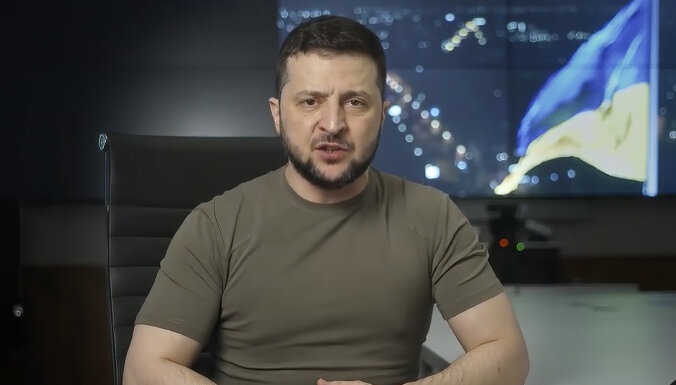 Ukrainian President Volodymyr Zelensky has warned that the destruction of Ukrainian defenders of Mariupol will end negotiations with Russia. He stated this in an interview with Ukrainian media.

As noted by the head of the Ukrainian state, negotiations with Russia reached an impasse after news of the atrocities of Bucha and Borodyanka, allegedly committed by the Russian army, became known.

“Mariupol can be like ten Borodyanka, and I mean that the destruction of our military, our guys will end all negotiations,” Zelensky stressed. He added that Ukraine “does not trade” its territories and people – and “the more Borodyanki there are, the harder it will be” to negotiate.

“Moscow would like to have a treaty that would contain the solution of all problems. However, not everyone sees themselves quite at the table with the Russian Federation. For them, security guarantees for Ukraine are a question , and the agreements with the Russian Federation are another issue. Russia wants everything to be in one document, and people say: sorry, they saw what happened in Bucha, circumstances are changing,” said he added.

Volodymyr Zelenskyy also said that the United Kingdom, the United States, Italy and Turkey are showing their willingness to become the guarantors of Ukraine’s security, but there is still no definitive answer from whom. whether it be.

“Today those who demonstrate they are ready – we don’t have signatories yet, but there is a demonstration – from Johnson, from Britain, from the United States, from Italy, from Turkey. I think it will be separate from the European Union. I spoke separately with Ursula (President of the European Commission Ursula von der Leyen), separately with Charles Michel (head of the European Council Charles Michel), France, Germany.” Other countries will join. So far I have not received confirmation from others. But there are tough questions about what we want and what we are prepared to provide,” he said.

Earlier, Zelensky said that different countries are ready to provide different guarantees and assistance to Ukraine, and that it will not be possible to solve all problems with Russia with one “package” of agreements.

Previous articleYou can now buy national motorcycles for up to 300,000 pesos in 48 installments
Next articleThe ax used by Jack Nicholson in “The Shining” at auction