Two people die after lightning near the White House 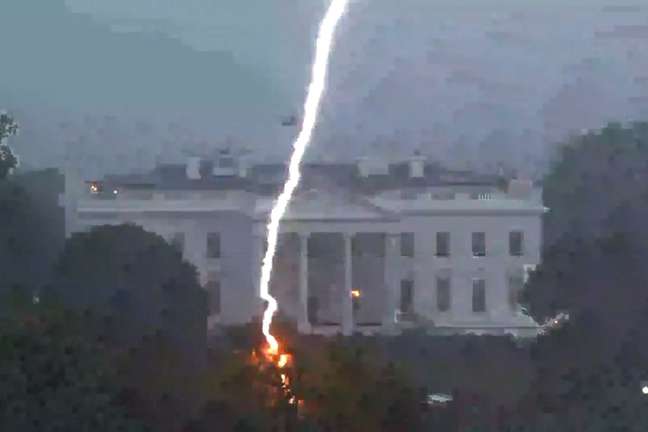 Two others are in critical condition; Scientists warn of a greater likelihood of lightning strikes in the United States

Scientists say climate change is increasing the likelihood of lightning strikes in the United States after lightning struck a square near the White House, killing two people and leaving two others in critical condition.

Hot, humid conditions in Washington on Thursday favored electricity. The air temperature has reached 34 degrees Celsius -3 degrees above the normal maximum temperature for August 4 for the past 30 years, according to the National Weather Service.

Rapid warming in Alaska has led to a 17% increase in lightning activity since the coldest 1980s. And in typically dry California, a cluster of about 14,000 lightning strikes in August 2020 caused some of the largest fires ever recorded in the state.

In addition to the United States, there is evidence that lightning is skyrocketing in India and Brazil as well.

Of those afflicted, about 90 percent survive, the CDC says.

The lightning struck near a tree that is a few meters from the fence surrounding the presidential residence and the offices in front of the square, often crowded with visitors, especially in the summer months.

“We are saddened by the tragic loss of life,” the White House said in a statement Friday. “Our heart goes out to families who have lost loved ones and we pray for those who still struggle for their lives”.

Since heat and humidity are often required to produce lightning, the highest incidence occurs in the summer. In the United States, Florida, a subtropical state, is where most people die from lightning.

Recently signed by Santos, right-back Nathan and...
Previous articleNoelia Marzol shows her home before and after after reforms and renovations
Next articleThe women’s team beat New Zealand in the last friendly before the U20 World Cup