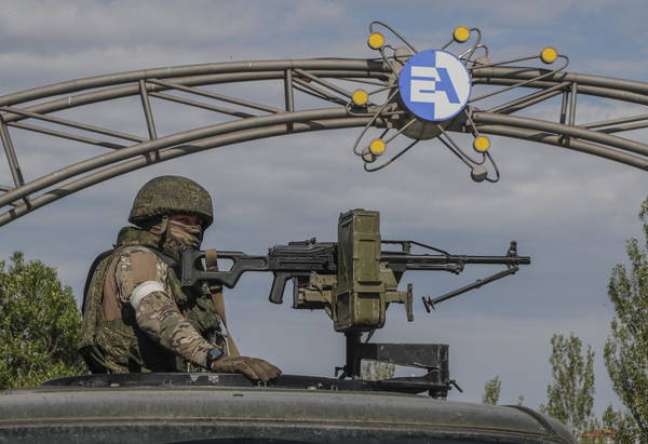 The Zaporizhzhia plant, the largest in Europe, was attacked

Russia and Ukraine exchanged accusations for the attacks on the Zaporizhzhia power plant, the largest nuclear power plant in Europe, this Friday (5).

According to the Ukrainian government, Russian bombs hit a high-voltage power line at the plant. Energoatom, the state-owned company that operates the country’s nuclear power plants, reported three explosions near one of the reactor’s power blocks, but stressed that no radioactive leaks were reported.

In social media messages, residents of Energodar, where the plant is located, claimed that the Russians carried out artillery and missile attacks, while Ukrainian workers at the plant were locked inside the buildings.

“Russia must take responsibility for creating a threat to a nuclear power plant,” Ukrainian President Volodymyr Zelensky said. “Any bombing of this place is a shameless crime and an act of terror,” he reiterated.

In turn, a representative of the Russian occupation in Energodar accused the Ukrainian army of having fired into the territory of the Zaporizhzhia plant during a shift change of workers.

“The Ukrainian artillery attack could have caused a nuclear accident. It was pure luck that this was avoided,” said the Russian Defense Ministry, which also called on international organizations to “condemn the criminal actions” of Kiev. The Russian government has also accused Zelensky’s management of “nuclear terrorism”.

The Zaporizhzhia nuclear power plant is the largest in Europe and has six of the 15 reactors in use in Ukraine, but it is under the command of Russian troops, despite not being part of the Donbass, where the war is currently concentrated.

Previous articleWelcome aboard: Locho Loccisano’s reaction to discovering his stunt double
Next articleErdogan ‘is careful not to cross Putin’s borders