Time to worry about monkeypox? the experts answer 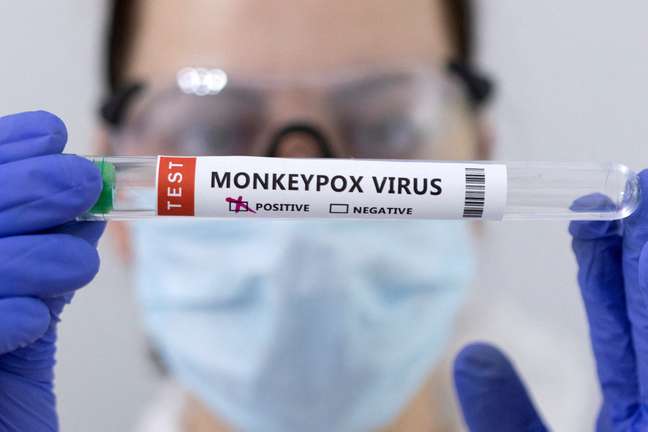 The disease has been considered a public health emergency by the WHO and in the United States; Brazil already has more than 1,700 cases of monkeypox

The world is still suffering the effects of the Covid-19 pandemic and another disease is starting to get noticed in the world news, and ever closer to Brazil: monkeypox. Outbreaks of the disease have been recorded in several countries and have led the World Health Organization (WHO) to declare an international public health emergency due to the disease. The United States did the same last Thursday, 4.

According to the Ministry of Health, Brazil has already recorded more than 1,700 cases of monkeypox, with growth of more than 60% in the last week alone. The state of Sao Paulo leads with nearly 1,300 cases, followed by Rio de Janeiro, with 190 cases, and Minas Gerais, with 75. With these numbers, insecurity and fear of facing another pandemic grow.

For the infectious disease specialist Evaldo Stanislau de Araújo, from the Hospital das Clínicas, University of São Paulo (USP), the situation calls for a state of alert. Smallpox is caused by the monkeypox virus, which belongs to the same family (poxvirus) and genus (orthopoxvirus) as human smallpox.

“We can say that it is an epidemic due to the simultaneous increase in cases in almost a hundred countries, on all continents. We can already say that it is a pandemic, but it is not as serious as Covid-19”, explains the doctor, who is also on the board of the Paulist Society of Infectious Diseases.

Pediatric infectious disease specialist André Ricardo Araújo, from the Faculty of Medicine of the Federal University of Fluminense (UFF), warns that it is necessary to look carefully at the growing number of cases.

“It’s not a pandemic yet, but a joint effort is needed to identify and prevent cases more effectively,” he says. “The number is expected to grow in Brazil in the coming weeks,” she estimates.

Given the scenario, Stanislau believes Brazil should already take a series of measures to prepare for the disease. Among them, educating doctors, so that they understand what we are facing; increase the number of diagnoses and notifications and isolate infected patients.

Infectologist André Ricardo Araújo divides monkeypox into two periods. In the initial period, which includes the period from the first to the fifth day of symptoms, fever, headache, swelling of the neck or armpit, muscle or back pain, and lack of energy are common.

According to Araújo, three days after the fever, the person starts having rashes.

“They begin to appear as papules, solid, slightly raised lesions. Then come the vesicles, which are fluid-filled lesions, evolve into a pustule, a lesion that has a yellowish liquid and finally a scab,” details the infectologist.

Stanislau adds that it has been rare to find a patient with multiple injuries. Typically, five to ten lesions are found per person and end up appearing more often on the genitals, face, and limbs.

How is monkeypox transmitted?

According to the World Health Organization (WHO), it is possible to catch smallpox from monkeys in three ways: through close contact with skin lesions, through respiratory secretions, or by sharing items used by an infected person.

Infectologist Evaldo Stanislau explains that the predominance of transmission of the disease is in the population of men who have sexual intercourse with men, however this disease is not exclusive to this part of the population.

“Anyone can get it, as transmission occurs through contact with the lesions,” the doctor points out.

Unlike Covid-19, which is transmitted through the air, the current understanding of monkeypox is that monkeypox is spread through close contact with an infected person. This transmission can be effected by characteristic lesions on the skin or by droplets expelled from the respiratory tract, such as in sneezing.

The infected person is no longer at the center of transmission when the skin lesions dry out, Stanislau explains.

How to treat monkeypox

Monkeypox is considered a self-limiting disease, which means it usually resolves on its own. Symptoms usually last 2 to 4 weeks.

There are no specific treatments for monkeypox virus infections, according to the US Centers for Disease Control (CDC). Likewise, there is also no specific vaccine for the disease.

On the other hand, three smallpox vaccines can be used against the disease caused by monkeypox. Initial data indicate that the immunizer manufactured by Bavarian Nordic is 85% effective against monkeypox.

How to protect yourself from monkeypox then?

Although monkeypox is not classified as a sexually transmitted infection (STI), experts warn people who do not have a stable sexual partner. The recommendation is to reduce the number of partners in sexual intercourse, to avoid transmission.

“But this is not enough as there are other areas not covered by the condom and which can infect”, explains doctor Evaldo Stanislau.

Another important measure is to avoid sharing personal items, such as sheets, underwear, bath towels, cutlery, and any type of clothing or utensils that may have come into contact with the wounds.

* With editing by Estela Marques.

The world champion of jiu-jitsu Leandro Pereira...
Previous articleThe drivers complain about Belgium’s risk of leaving the F1 calendar: “It’s all about the money”
Next articleThe Treasury threatens to take revenge. State appeals against the cut of the ICMS