UN Secretary General: We are trying to organize the evacuation of civilians from Azovstal 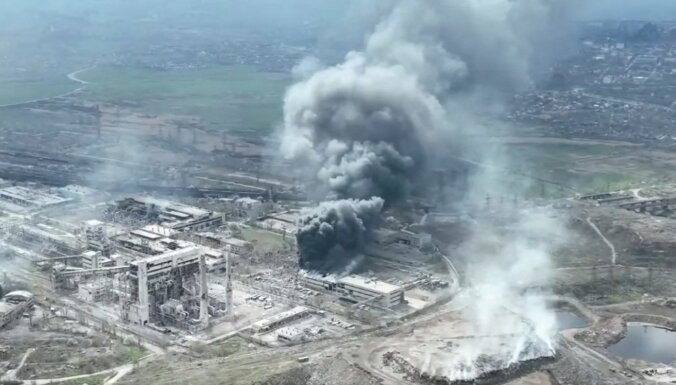 UN Secretary-General António Guterres, who arrived in Kyiv for a visit, said he was trying to agree on an evacuation plan for civilians remaining at the besieged Azovstal factory in Mariupol .

On Tuesday, António Guterres met with President Vladimir Putin in Moscow, and the Russian leader told him that he agreed in principle to the organization of a humanitarian corridor from the company with the help of international organizations . The UN Secretary General will now meet Ukrainian President Volodymyr Zelensky.

“It’s a very complex process,” António Guterres said in an interview with Portuguese media, “Putin has given his agreement in principle, and we have decided that all the details will be discussed in the meetings that are currently underway.”

“This process is particularly delicate, because it is not about the evacuation of people who are in their homes or in public places. But of those who, say, found themselves in a bunker in really dramatic conditions” , added the UN Secretary General. .. intended to do it on Friday, but in order to do so, certain conditions are necessary.

According to kyiv, Azovstal, the only section of Mariupol under Ukrainian control, hides several hundred civilians, as well as Ukrainian soldiers. They spend most of their time in a vast system of underground structures and bomb shelters located beneath the foundry’s territory.

Although Russian authorities claim that the fighting in Mariupol has stopped, Ukraine claims that in recent days Russia has constantly tried to storm the company and bombard it with all kinds of weapons.

The Ukrainian military defending Azovstal refuses to surrender, but is ready to leave the company with arms – provided that their safety is guaranteed by representatives of a third country or an authoritative international organization. They also say that civilians at the factory do not trust Russia, because in the past it began to bomb even during the declared “green corridors”.

Previous articleGermany will continue to reduce gas purchases from Russia, viewing it as an unreliable partner
Next articleAnger, shock and full support for Ukraine in PACE